It’s been quite some time since I’ve written an update on our son’s Congenital Heart Disease. As we get further from Caddie’s first open heart surgery, we also unfortunately inch towards his next one. I wish I could find some comfort in the fact he has one under his belt, but the truth is, it’s never going to get easier. I will say, however, that I have come a long way since we found out about Caddie’s CHD, both as a mother and as a person who has always has an innate fear of death and dying.

In April Caddie underwent a heart Catheterization. They started everything by getting detailed imagery of his pulmonary branches to determine the extent of the narrowing and how they were going to proceed in the Cath lab. Something that surprised me is that it seems like the doctors make game-time decisions on how they will operate. I suppose to a certain extent that happens in a lot of professions, but it goes to show how lucky we are to have Doctors and Nurses locally who are able to adapt and be ready for anything at a moment’s notice.

I think the procedure lasted around four hours start to finish. When the doctor was done he came and talked to us in a private room, showed us the detailed imagery and walked us through what he and his team had done. One of the first things he said to us was, “There was impressive narrowing to the left pulmonary branch.” I think it’s pretty funny that Doctors call something impressive when they really mean terrible. Scott and I joked about that for days….we called everything impressive. That’s an impressive dump you took in your diaper Caddie, etc.

The doctor explained to us that his left pulmonary branch, which should have been about 7mm in diameter, was less than 1mm. He said it was about as small of an opening you can get and still HAVE a pulmonary branch be there. He said they had trouble getting the Catheter lead in him, let alone the stents. By the grace of God, they were able to get everything through that they needed and they opened up his pulmonary branch with a stent to 3mm, effectively tripling its size. Opening this up should help the blood flow more to his left lung and hopefully help it grow and develop. It will also help balance pressure exerted on the heart and the right pulmonary branch. 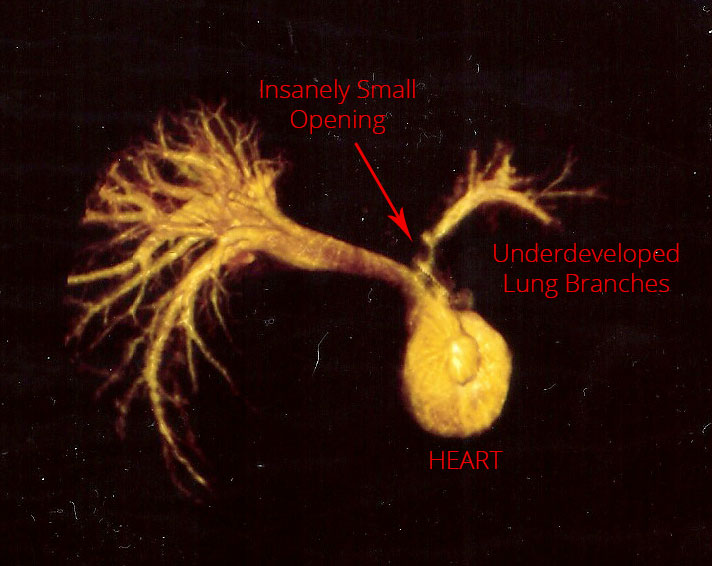 We will go back in September for another heart echo and for a consult with the doctor about what our next steps should be. I’m assuming the next logical step would be to see if they can open the stent they put in to 5mm, but that’s yet to be determined.

Each and every day I think about his condition and find myself worrying about the future. I always try to stop myself and most days I’m really good about mentally focusing on other things like his killer smile, his warm snuggles, and his crazy almost-toddler acrobatics. Sometimes the fear of something terrible happening is more overwhelming than my strength to ignore it. Those times are thankfully coming less and less. In no uncertain terms, a sense of humor has gotten us through our worst days. As I was scanning in Caddie’s heart imagery, I found the sheet they made us fill out in the hospital. He was only four months old, so we didn’t really take it seriously, and we also didn’t think anyone would really read it. When they wheeled him in after the operation, the nurse looks at us and says, “White wine spritzer???” with her eyebrows up. 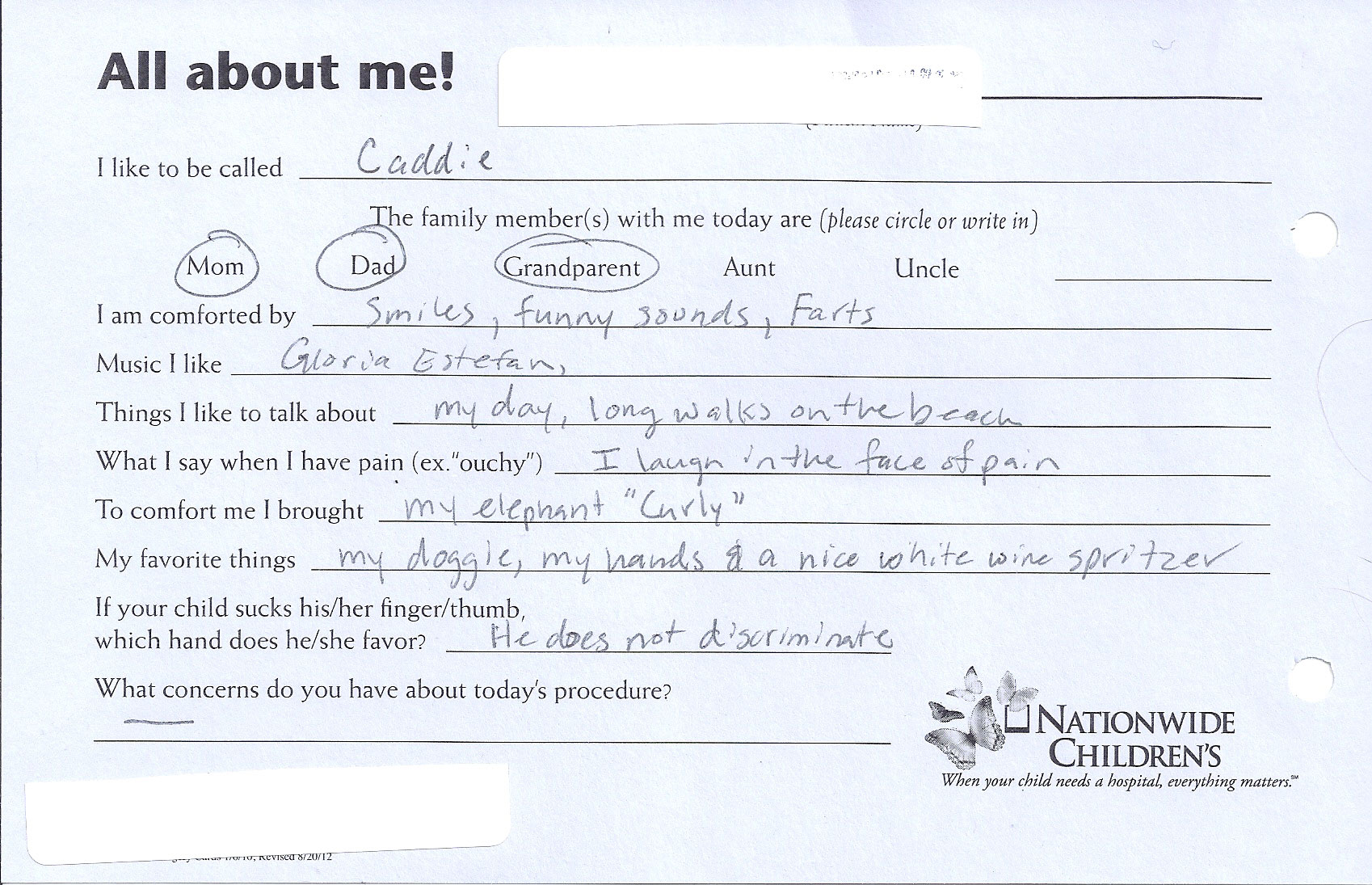 Our little man turns ONE in October, and what a milestone it will be! 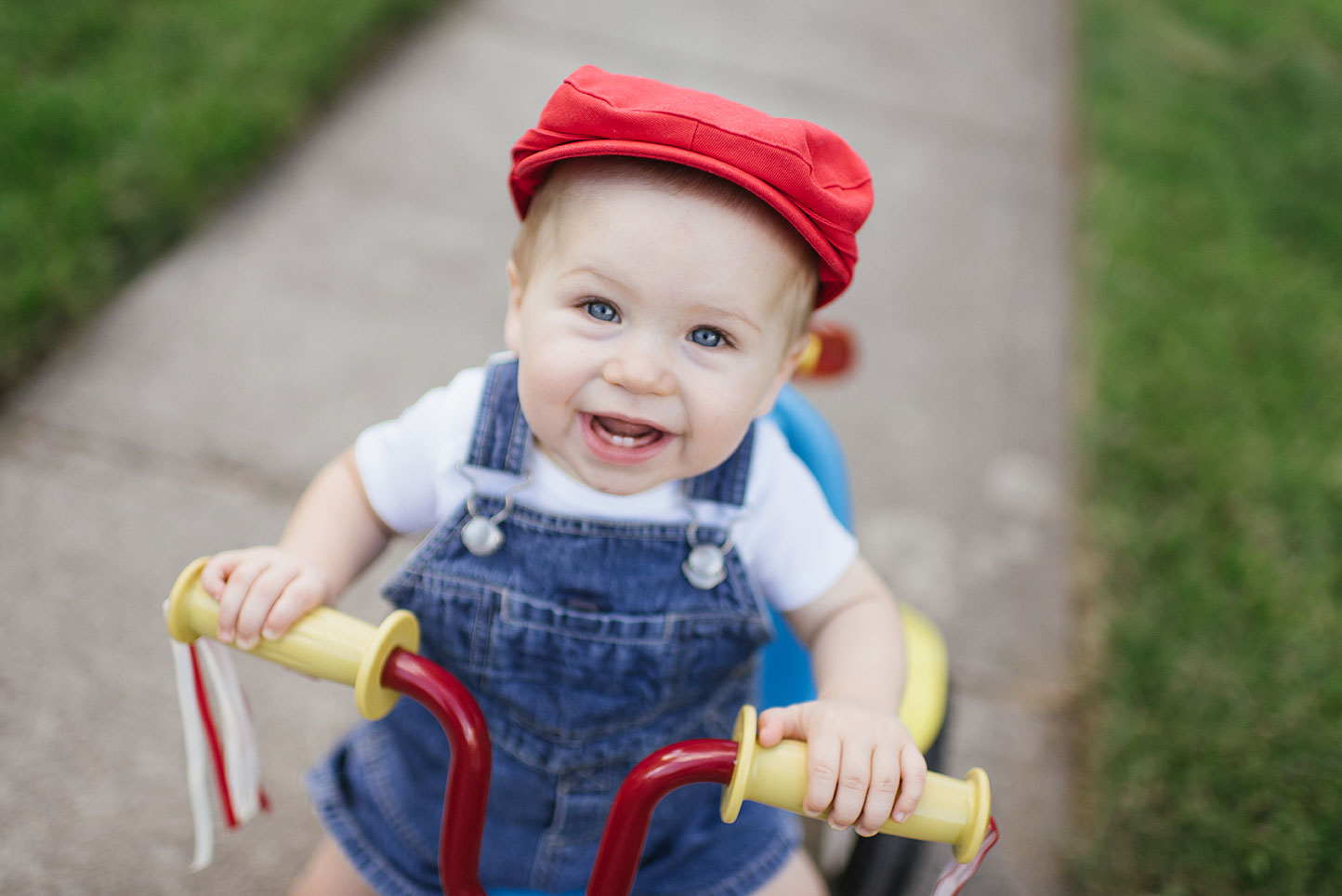 Every year with him will truly be a celebration of life and the deepest love I’ve ever known.

2 thoughts on “Tetralogy of Fallot: A Personal Journey Pt.4”