For those looking to get married in a more intimate way, a Columbus Ohio Courthouse Wedding may just be the perfect experience!  All of the courthouse weddings take place during the week and by appointment only. Most of the streets tend to be pretty empty because everyone is at work. It is so exciting when you add on a photoshoot to the tail end of the elopement because it feels like the world is all your own! That’s exactly what Jeanne and Brett did.

Sometimes the courthouse is running behind for various reasons and you’ll have to wait. You can almost cut the anticipation with a knife! The actual ceremony inside the chamber takes anywhere from 3-10 minutes. It’s so quick you might not even realize you’re married! Jeanne and Brett were married in 2020, so they had to wear masks for their first kiss. I don’t know of a better sign of the times than that.

Afterward, we went all around the city from Downtown Columbus to German Village. It was so much fun to just relish the moment with them as a newly married couple. Jeanne’s tea-length skirt made for the most fun twirls and playful moments.

After the portrait session, we landed at her parent’s house in German Village where the happy couple was champagne toasted by their family. Happy tears were streaming down most people’s faces and it was a moment I’ll always remember.

If you’re looking to get married at the courthouse, add a photoshoot to make it an incredible experience that’s even more exciting than 5 minutes in a judge’s chambers. 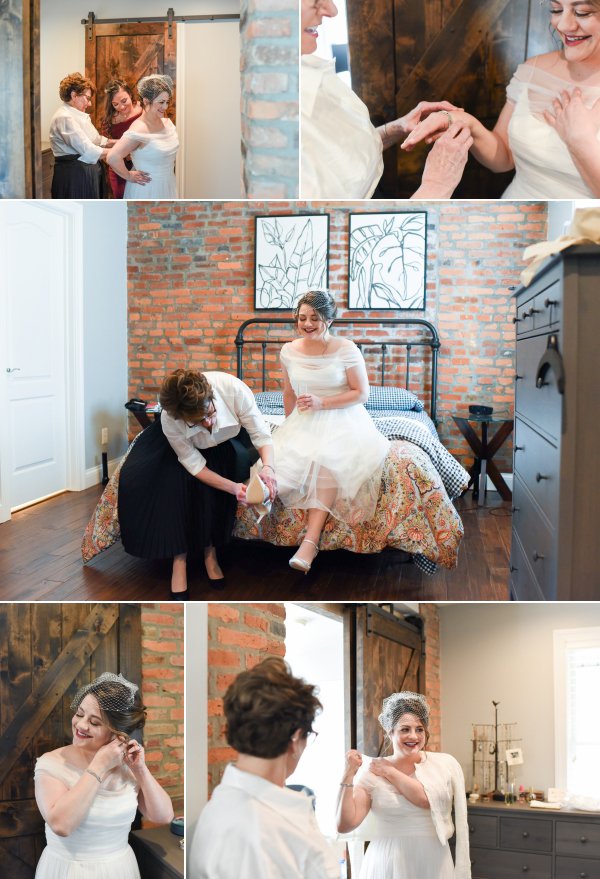 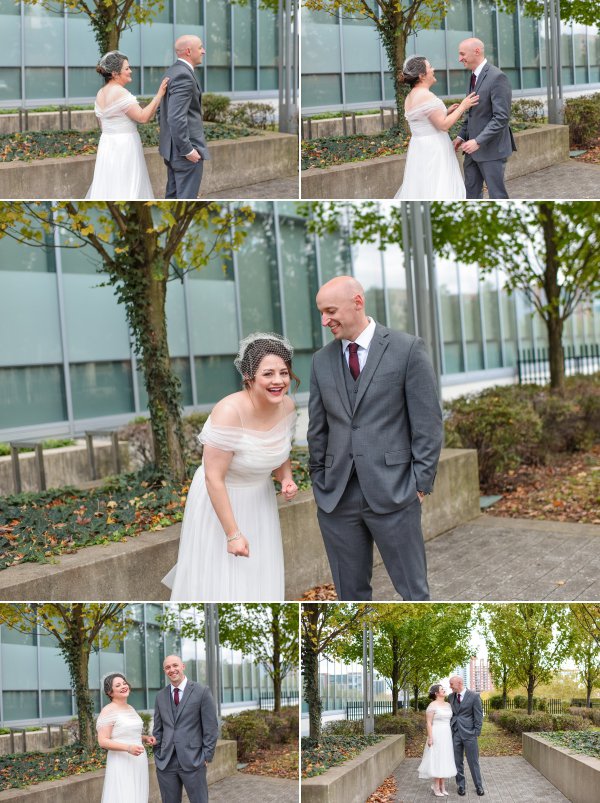 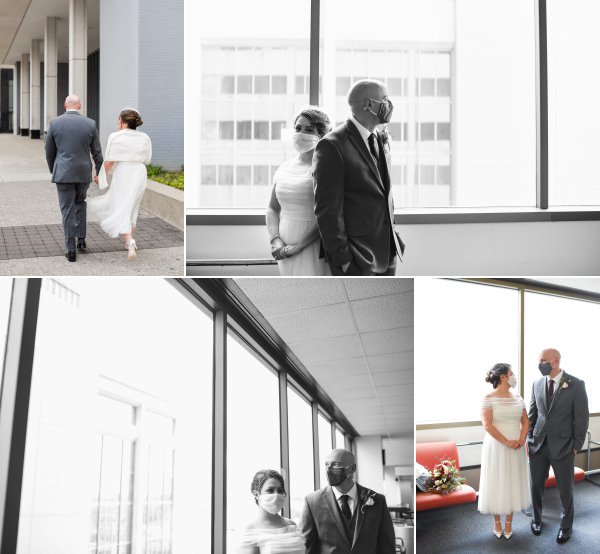 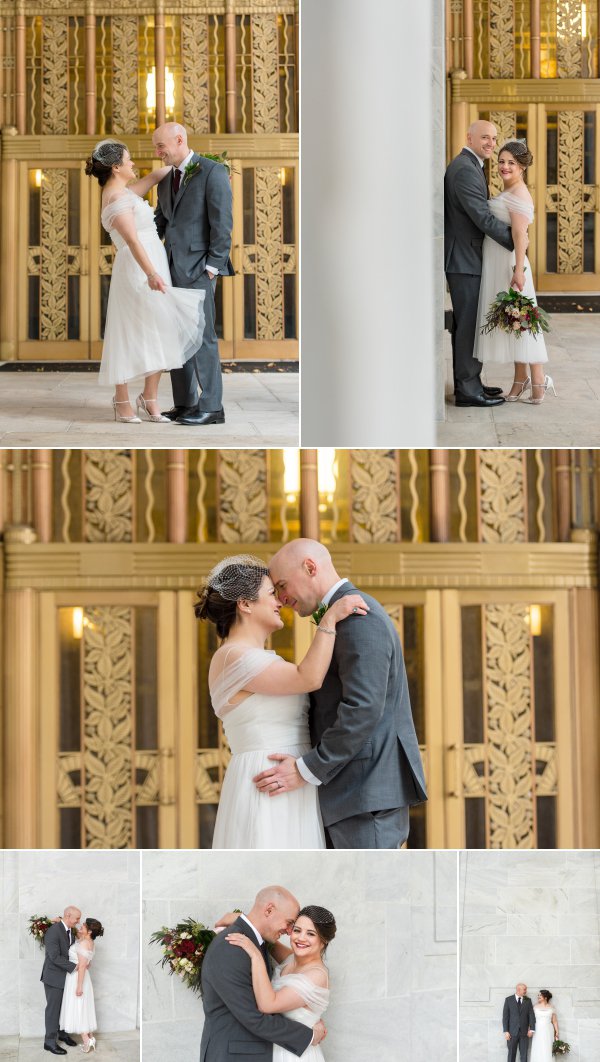 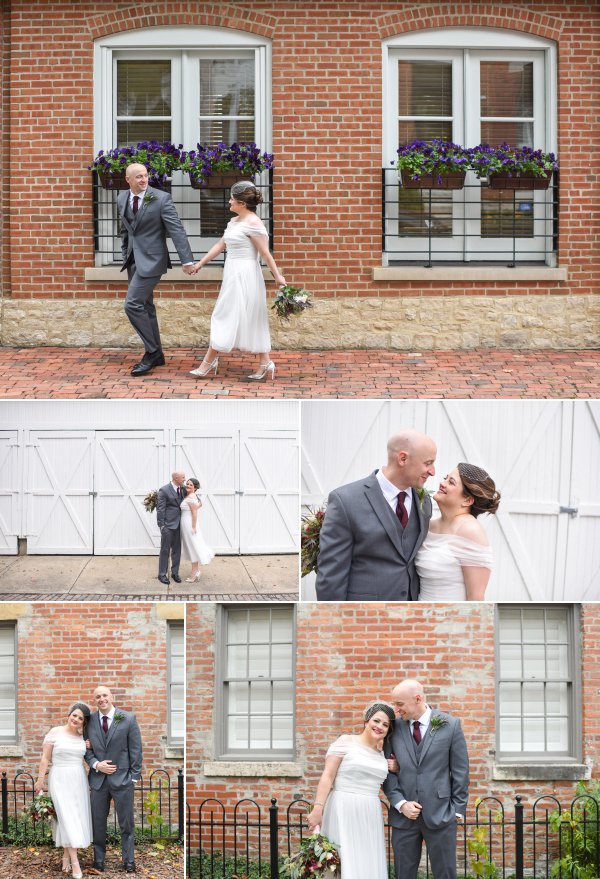 I have a special treat to post today! My last post was about a small intimate wedding. And I mentioned that it really doesn’t get more intimate unless you get married at the courthouse. Welcome to kate and Jeff’s courthouse elopement! I am starting to be truly obsessed with courthouse elopements. They have an excitement that’s so different from the feelings of a big wedding! Only the closest-of-the close are invited. In fact, the last time I shot one it was just me and the couple. On this day, I arrived and was immediately struck with Kates warm and kind smile. She wore a short white wedding dress and her look was so classic. It reminded me of Audrey Hepburn in Breakfast at Tiffany’s. Her dress fit her like a glove and there was a good reason for that- she made it! Not only did she make it, but she made it using her mother’s old wedding dress. (Let the sentimental tears start flowing!) She even made pockets in the dress! As we waited, her mom stood next to her and just beamed from ear-to-ear. I know I ‘ll look just like her mom if my kids get married someday. At the courthouse, the hallway started to fill up with other families who were going to tie the knot. All cultures and all ethnicities were waiting for the judge to call them back for their turn to say “I do”. After a very long feeling few minutes, Jeff and Kate were finally called. We all went into a small room and the ceremony only lasted about 5 minutes. From there, the three of us drove around the city to find the cutest places we could find! I am so honored to have been with them both and can’t wait for the world to see how fun this day was! XO Jess 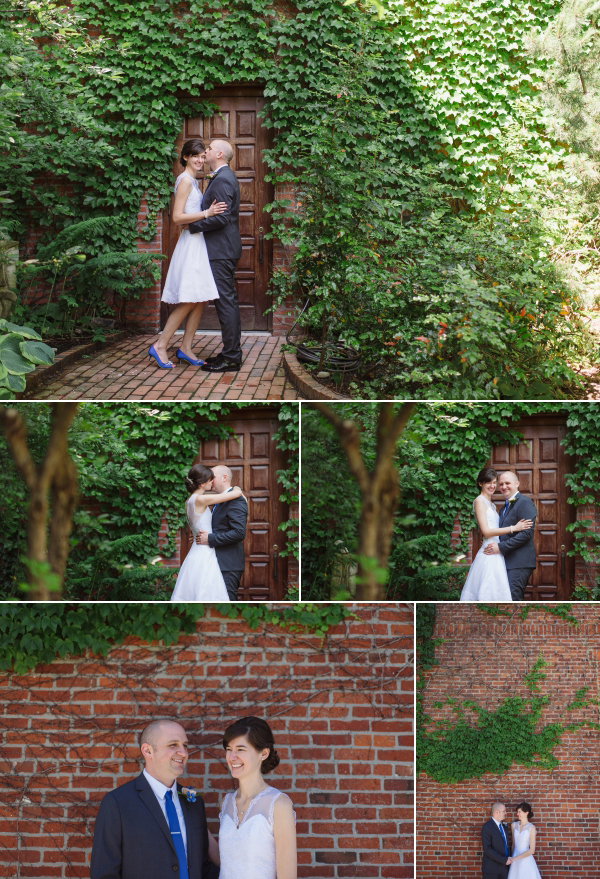 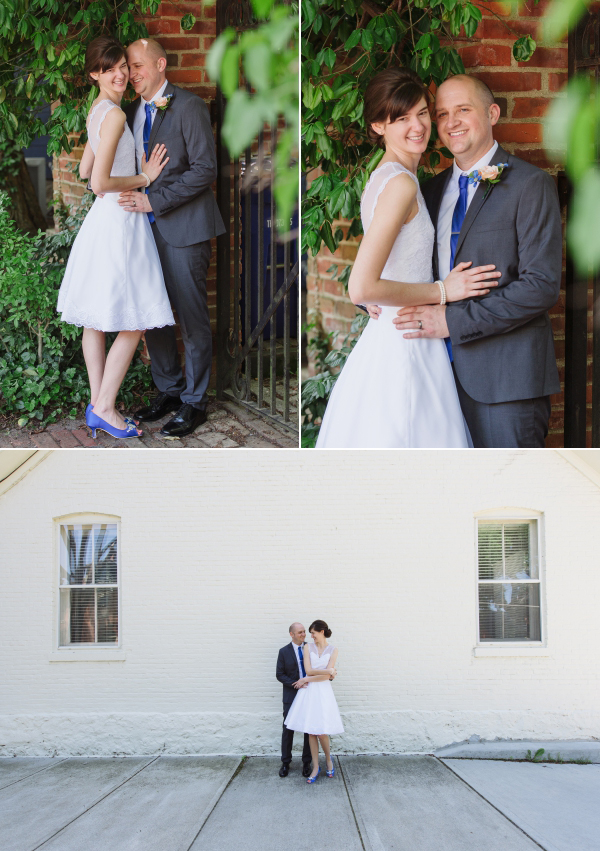 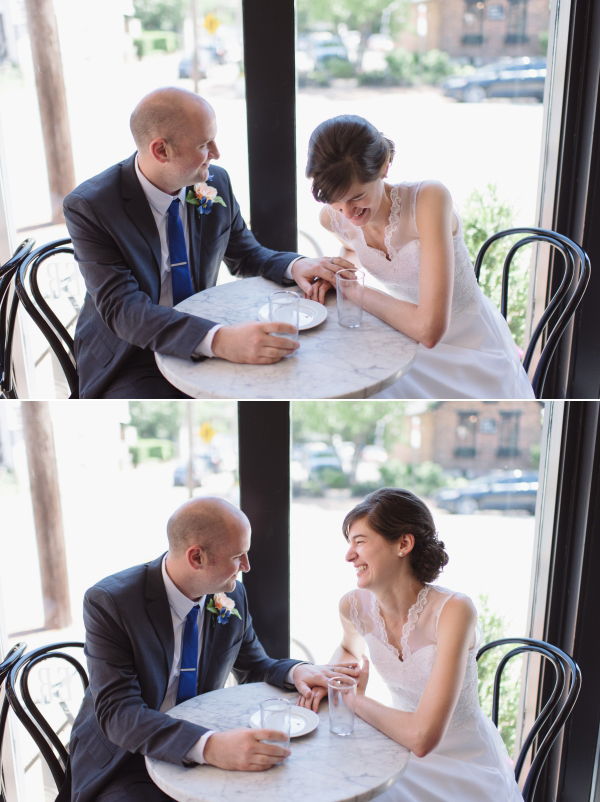 This is easily one of my favorite weddings I’ve ever shot, mostly because Becca and Rich made it so intimate and uniquely them. From the start, Becca even referred to it as their “non-wedding”. They were married on a Thursday earlier this October. We met downtown at the Columbus Courthouse where other people were getting married on a Thursday as well. The couple getting married before them brought too many people to even fit into the room, so they were married in the hallway and we got to watch. I think that all made the experience even more exciting! The excitement for Becca and Rich’s names to be called into the chamber next was palpable.

The whole ceremony probably took less than 5 minutes. I was the only witness to their marriage besides the judge presiding!!! It was such a fantastical blur- and again I felt so thankful for being there so I could help preserve those quick but mighty minutes.

From the courthouse, we walked around downtown. While we walked, Becca told me how the whole planning process came together. Her dress was from Rent the Runway. I’ve actually done RTR and my personal experience was amazing. You’re able to wear clothes that make you walk a little taller. And WOW the dress she picked was perfect and she paired it with a vintage fur wrap. The morning of their wedding, Becca stopped into the North Market flower shop and they made her bouquet on the spot. Not only was it stunning, but it smelled amazing thanks to sprigs of eucalyptus. Rich’s tweet 3-piece suit came all the way from Scottland and the two of them together had a classic/vintage look, perfect for photographing against the urban backdrop of downtown. My favorite part of the day had to be when their family surprised them during our photo session by blowing bubbles on them. They had actually followed us from the courthouse in secret! It made for the best reactions from the bride and groom, and I must say some awesome photos to boot.

Later that afternoon, the couple met up with immediate family and friends for a small reception in the Tap Room at Wolf’s Ridge Brewery. It was the most elegant rustic backdrop for the affair. Drinks, tons of hugs, laughs and gourmet food followed throughout the evening. I can’t thank Becca and Rich enough for such a memorable and intimate experience! And now without further ado, here is the “non-wedding”: