OK so this wedding was nothing short of spectacular. Jen was simply glamorous on her wedding day, and Drew beamed from ear-to-ear all day.

Before I dive into their details, I want to talk a little bit about their venue. I love history, so if you’re anything like me, you’ll appreciate a venue with an interesting past. The Downtown Columbus Westin used to be called the Great Southern Hotel and was opened in 1897. It was touted as being “fireproof”, as a lot of hotels in Columbus at the time fell victim to great fires. The hotel has been host to President William McKinley, President William Howard Taft, President Teddy Roosevelt, President Woodrow Wilson, and First Lady Eleanor Roosevelt. The Grand Ballroom, where Drew and Jen’s reception was, was originally the hotel’s dining room, spanning vertically the third and fourth floors of the hotel. The original stained glass in the ballroom depicts different kinds of food, a subtle nod to what the room was originally used for. The original hotel didn’t have air conditioning, obviously, and not every room had its own toilet. When you walk into the rooms today, you can tell there is a rich history, however thankfully modern amenities have been added.

The reason I share the brief history is to give you a feel for how grand of a place the Westin is. The building’s Victorian elegance was only the background, however, for such a beautiful couple. Jen wore a dress from Elegant Bride that was accented with a cathedral length veil and stunning florals by Bloomtastic. Her Badgley Mischka shoes were adorned with gorgeous blinged-out crystal embellishments. Drew was on-point in his Men’s Warehouse Tux and his Brutus the Buckeye cuff-links.

As Jen walked down the aisle towards Drew, I swear I thought his heart skipped a beat. They were both so happy and in love, surrounded by their best friends and family. After some fantastic speeches, an elegant dinner and some cake cutting (Short North Piece of Cake), this group literally might have won my dance party of the year award. It’s hard to tell because there is still a lot more of the year to go, but boy did this group know how to shake it! I think Tommy Nutter behind the helm had a little something to do with it!  I am so excited to share their photographic story today on the blog…I hope you love it! XO Jess 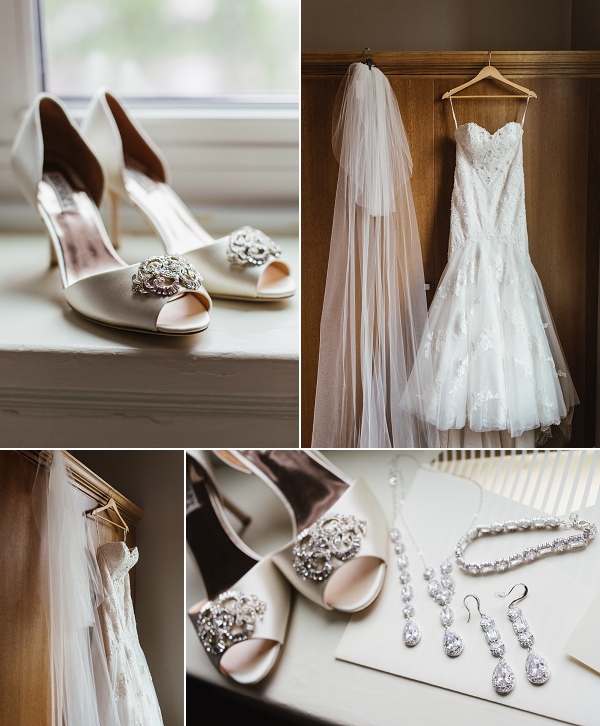 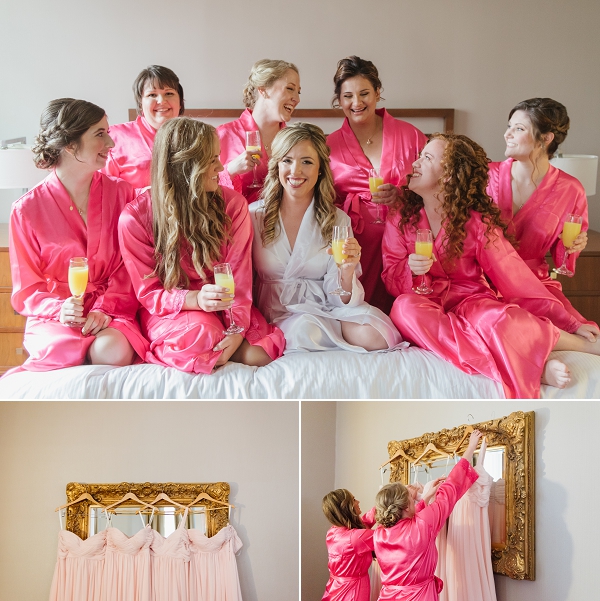 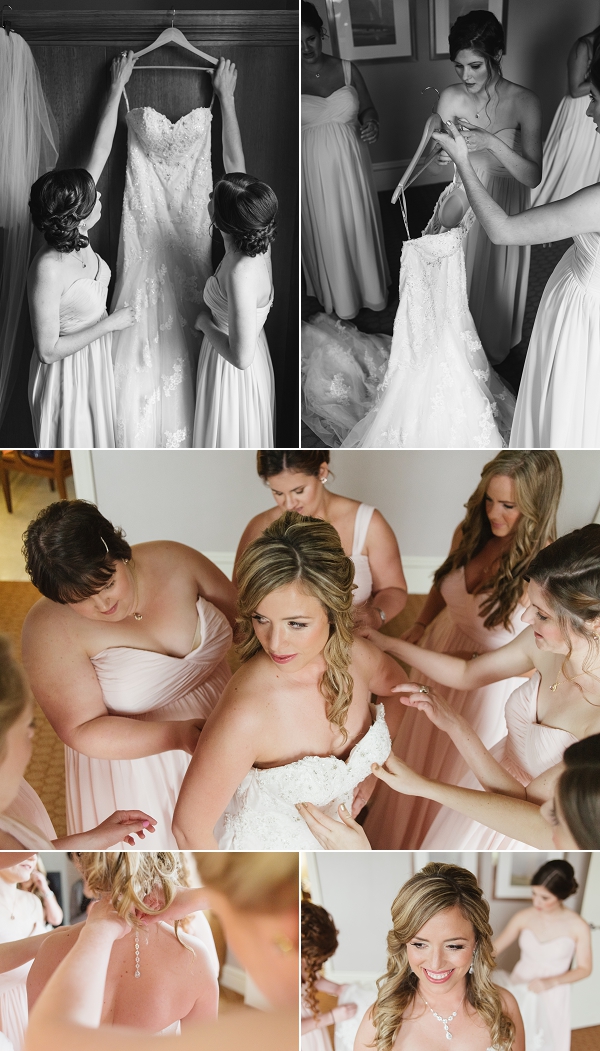 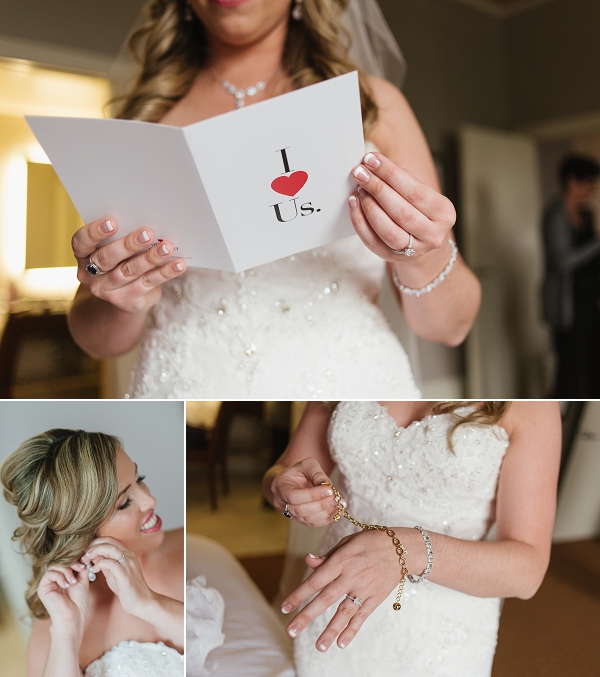 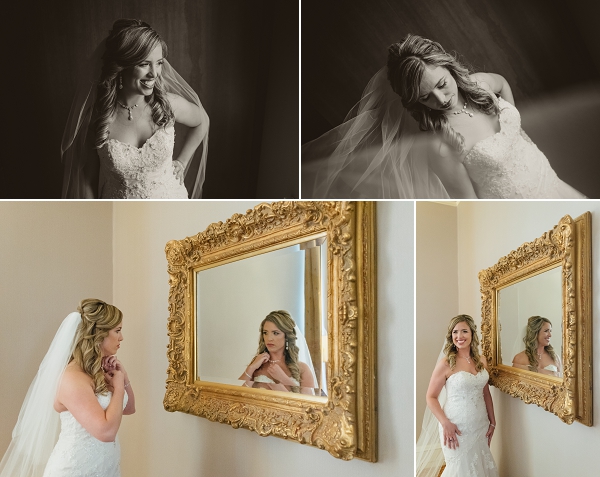 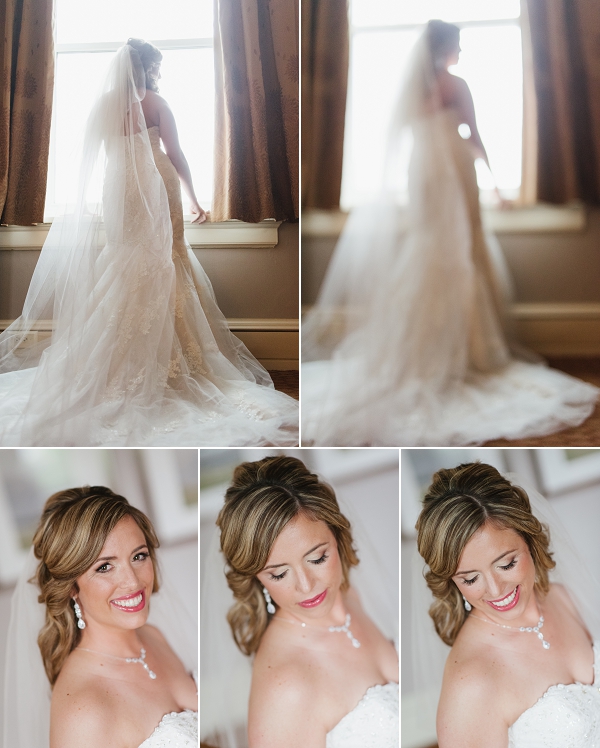 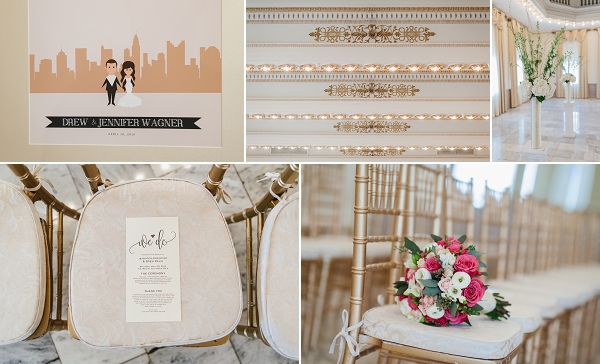 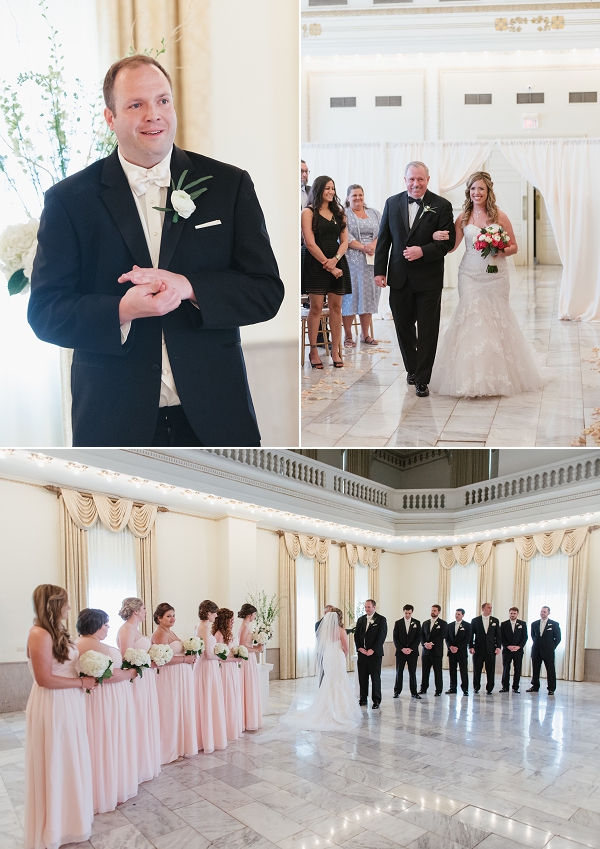 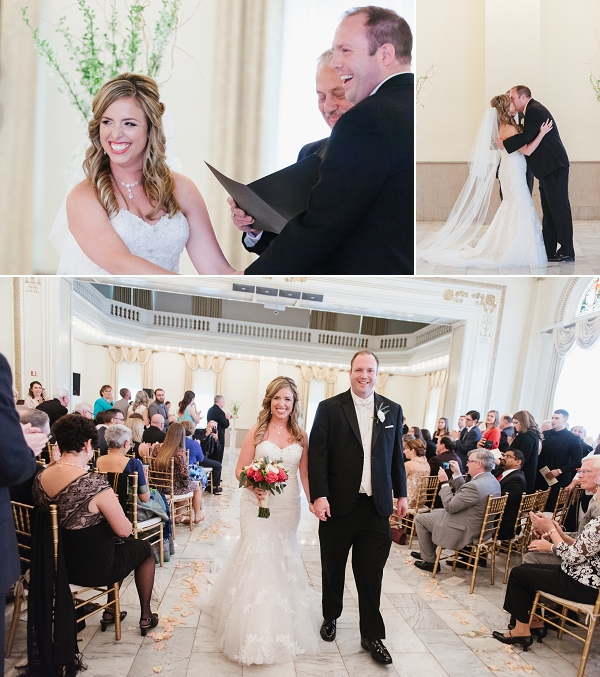 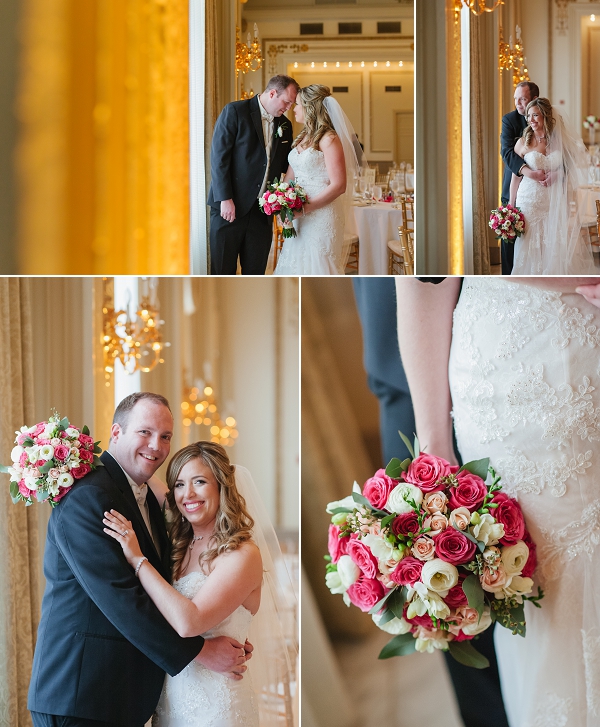 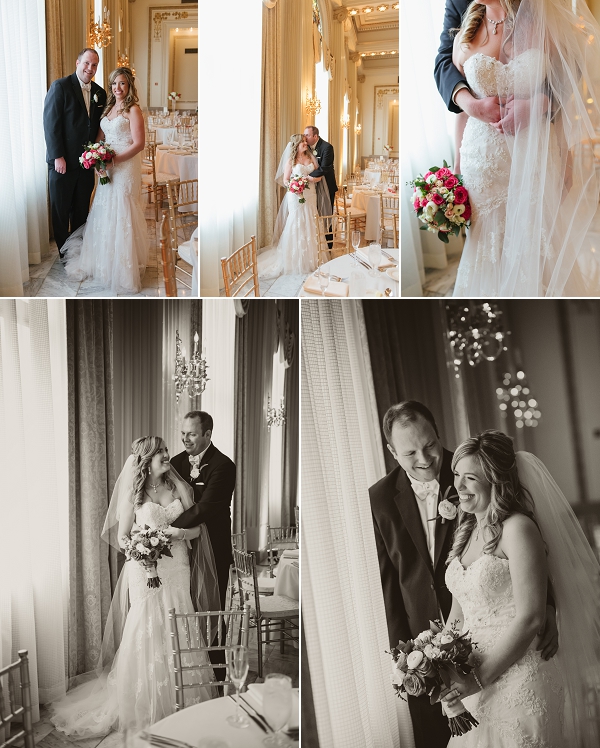 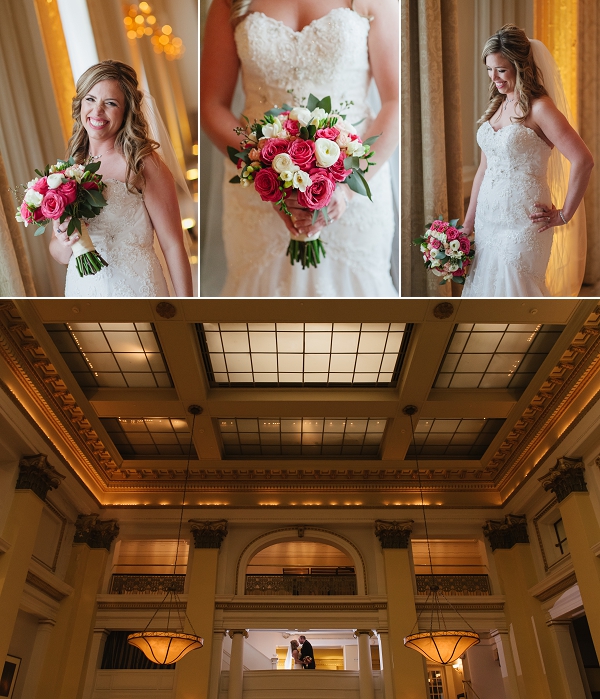 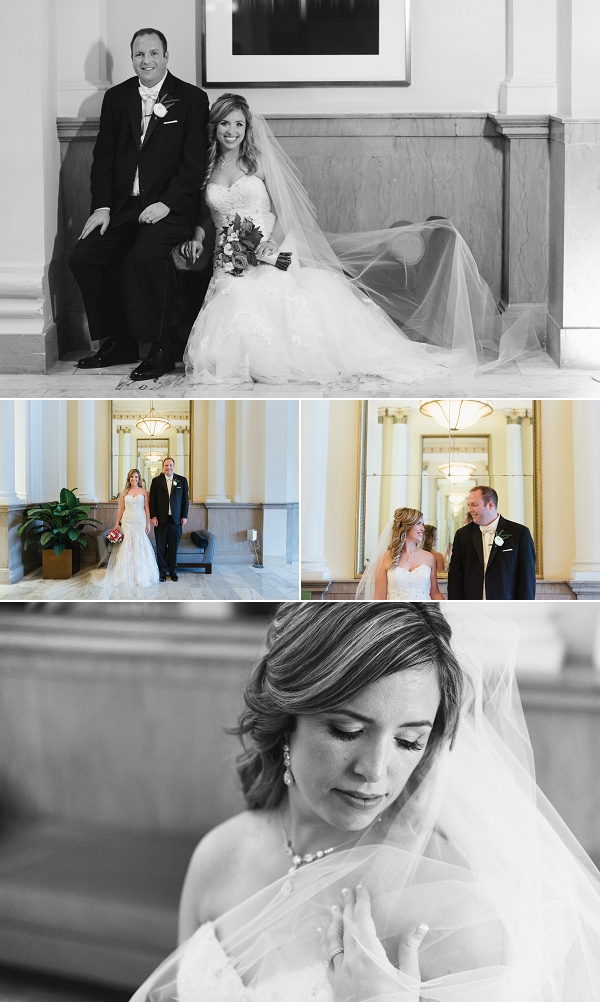 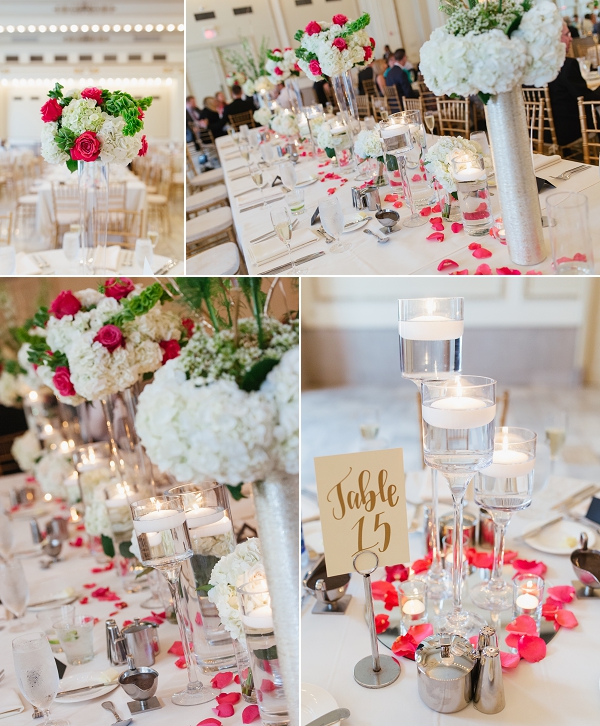 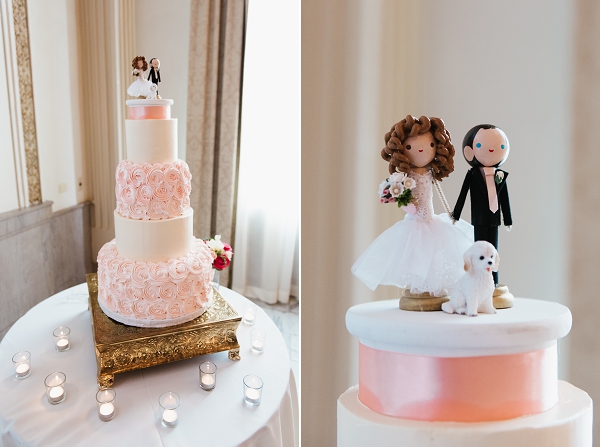 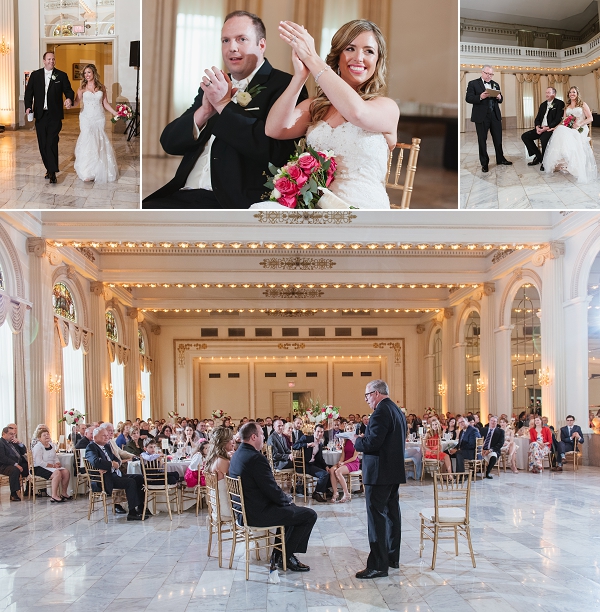