First things first, thank you so much to all of the amazing friends and family who reached out to me and shared your own stories. Talking with you has helped open my eyes to the realities of how many people live with not only heart conditions, but other scares and hardships life can offer. Hearing your stories have helped the world seem smaller and more manageable. That pesky fear of the unknown  is still always hitting a buzzer in my head, going “don’t forget about me! I’m the worst case scenario and I’m not going to let you forget it!” But the volume on that voice has been turned down for now. It’s a true testament to the power of love and I can honestly say I’ve never felt more loved. It’s a very humbling feeling.

As some of you may or may not know, I have worked basically two full time jobs for the last 5 years. In January of 2006 I started a full-time position as an Art Director with a local events production house. I had the pleasure of actually using my two degrees (BFA and MFA in Art and Technology), which was something I never thought I’d get lucky enough to actually use, as jobs in fine art are pretty hard to find. This niche position provided me with an outlet for both my love of sculpture and my love of photographic composition. As a stage designer, I would design small and large scale stages for events and concerts all over the world. A few times a year, I would fly to the larger shows and photograph the event for our company’s marketing department. The thrill of walking into an arena and seeing what has been in my brain for months actually sitting in front of me is a feeling that never got old. And being able to do that is a true testament to the talented people I was able to work with. Below are a few of my favorite sets I’ve designed and photographed in the last couple of years. 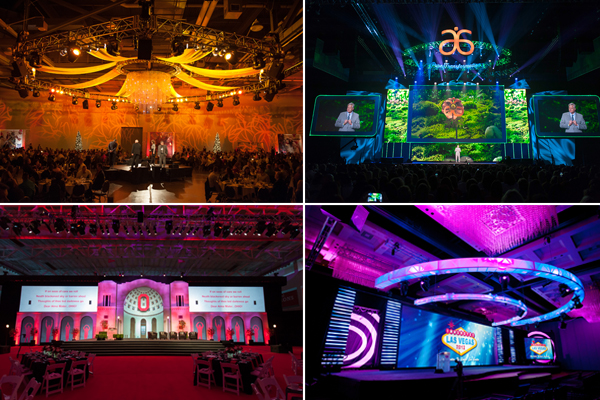 August 28th was my last day as an Art Director for this company and I have now set out to focus solely on my family and photography business. It’s a little bittersweet, but our decision to not put our future son into daycare made this change extremely easy. And I couldn’t be happier! I’m going to be able to do the things I’ve wanted to do but never had the time to, like blog on the regular! I have big plans of kicking ass and taking some names both personally and professionally. If there’s one thing I’m most thankful for from our child having this setback, it was the gift of certainty that this is what I’m supposed to be doing. #noregrets.

All of the women at the production company gave me a royal send-off including a surprise baby shower and a cake as big as my torso. I’m not going to lie, the baby shower was so surreal. Scott and I hadn’t bought anything for the baby yet. I think a little of that is because it gives me a little anxiety…ok a lot of anxiety. I didn’t want to prepare everything and then have something truly bad happen. As unlikely as that is to happen, it’s the way my brain had processed our situation until that point. The shower made it all feel so real. I have to say, the outpouring of love was simply so special to me and I could never fully express how much it all meant to us. I had to take two car-loads home, and when Scott saw it all, he simply shook his head in disbelief much in the same way I did. We both stood in shock looking at the gifts, then at each other, then making brief comments about how real it was all becoming. And seeing the little clothes switched my focus from the bad,  to the amazingly awesome fact that we are going to have a little guy fill them out very soon.

In mid-August, we had an ultrasound, and the tech said she was going to do a 3D version of it for us. I wasn’t going to do one, because I always thought the images looked like they came straight out of a horror movie, but I was pretty excited when she said she was going to do it. For about a day, I couldn’t get over how creepy it looked, but when I see it now, I have to say, I’m so in love. His cheeks and nose are so cute and seeing them is pretty incredible.

In late August, Scott and I toured Children’s Hospital in Columbus, OH. It was a whirlwind of emotion, and I held it together until I got to the NICU portion of the tour. Seeing all the babies hooked up to all of the machines struck a chord with me and I had to excuse myself for a couple of minutes. All of the emotions I’d been handling so well came rushing back to me full-force and I had a mini-cry-fest there in the hallway. There’s literally nothing really good about this situation, however, there are immeasurable silver linings, and I will choose to focus on those. The facility at Nationwide Children’s Hospital is breathtakingly gorgeous. There is lots of light and wide, bright and happy non-claustrophobic hallways (perfect for crying in lol). The machines still look intimidating and overwhelming, but their visual effect is made more bearable by the comforting and beautiful surroundings.

We were lucky enough to meet with one of the heart surgeons that day. He was not only kind, patient and smart as hell, but he was refreshingly down-to-earth and a little poetic, which I was not expecting. He compared having Tetralogy of Fallot to walking up a hill of sand. You can still walk up the hill, however you might slip a little along the way. He then said that we all have our hill to climb, whether it’s made of sand or lined with stairs. Deep, right?

During the consult, I felt like my eyes had been opened a little bit more, and the road will be a little bit harder than I was telling myself prior to the meeting. I suppose everything sounds harder before you go through it. I was talking to my father after the visit, and he said something that I think a lot of people have trouble naming when they know they are going to be faced with adversity. He told me that this will all become my new normal, and that it’s really scary right now because It’s all so new and different.

The long and short of the visit was that they are not going to be able to develop a definitive treatment plan for our little man until after he is born. For me, that is the main source of my anxiety. I constantly tell myself “we don’t know how bad it is yet.” I should probably be telling myself, “this could all go a lot better than you think it will”, and try to focus on a best-case scenario. Another piece of the puzzle that has me a little freaked out is he will be transported to another hospital within the first couple hours of his life. It could be 1-4 days before I actually get to see him for any length of time. Luckily Scott will be with him that whole time and will send me plenty of photos and videos. I think after being away from my newborn and not being able to see him, I might over-compensate and never let him go once I’m able to hold him. I’m looking forward to having that option.

After touring the hospital, I found myself going back to the internet and combing through blogs and posts about TOF. It truly doesn’t matter how many success stories I read about, they all weigh heavily on my heart. I need to stop.

It’s been just over one week since our hospital visit. This week is my first week as a full-time wedding photographer (even though I’ve considered myself one for the last 5 years). Luckily my schedule is filled up right until we have lil’ nug, and I couldn’t be more thankful for that. We have also worked a little each night on starting to put the nursery together and finishing the downstairs of our home. I’m going to post pictures of it when we get it a little more finished.

In the next few weeks, we will be lucky enough to have a local baby shower and one in Atlanta as well. I’m so excited to just have a few days with family and friends! Life is truly a roller coaster ride with its dips and turns. I know we’re currently going up another hill we’re going to have to face, but it’s going to be an amazing journey! How’s that for an optimistic blog ending?

One thought on “Tetralogy of Fallot: A Personal Journey Pt. 2”