I laughed so hard I almost cried the very first time I met Erin and David- so when they asked me to work with them on their engagement and wedding, I felt like I won the lottery! Their fall 2016 e-session and their September 2017 wedding were truly highlights on my schedule!

I met up with everyone at the downtown Columbus Westin. My second shooter went and hung out with the guys while I joined the girls getting ready. This bridal party wins the bridal party of the year award. Each and every one of these girls was so genuine and fun. They all beamed when they saw Erin in her dress, and a few of them even cried. They all had electric personalities that brought a new level of excitement and joy to the day!

Erin’s dress might be the most uniquely beautiful dress I’ve ever seen. It was a form-fitting dusty light pink silhouette embellished with sequins that glittered in the sun. The bridesmaids all wore gold sequined dresses. Together with the Petals & Leaves florals of maroons and pinks, the girls all looked flawless.

I met up with David around the corner from the Westin for the couple’s first look. I asked him if he thought he was going to cry, and he said definitively no. But guess who had tears of joy streaming down his face when he turned around and saw how stunning Erin looked? It was such an amazing moment- one of those I’m so excited I get to be a fly-on-the-wall to see and capture.

The entire wedding party went around to a few Columbus spots, including a parking deck. It was like having your own city all to yourself up there! In the distance, there was even a band playing really loudly so it was like a private concert, too. After the photos, we headed back to the Westin for the signing of the ketubah and ceremony.

The Westin is such a grand event space. I know I’ve written about its history in-depth in a previous blog post so I won’t geek out over it here. Just know I love this space. Look at the photos and you’ll see why!! The ceremony ended with the breaking of the glass and a joyous “Mozel Tov!” rang out from the family and guests!

The event space was quickly turned from the ceremony to reception-ready during cocktail hour. With Orange Blossom Events at the helm, everything went flawlessly. Greenery was accented with maroons, golds, and candlelight. It was so elegant and classy. Dinner, speeches, happy tears and explosive laughter followed through the night. The whole day was nothing short of magical and I can’t thank David and Erin enough for having me with them! Cheers to you both!! Xo Jess 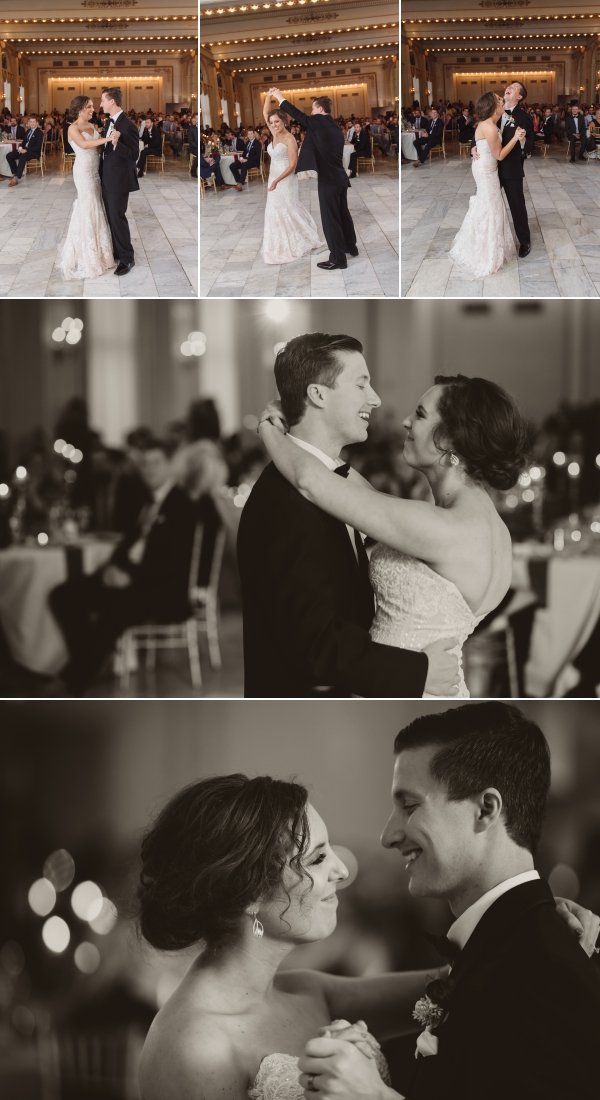