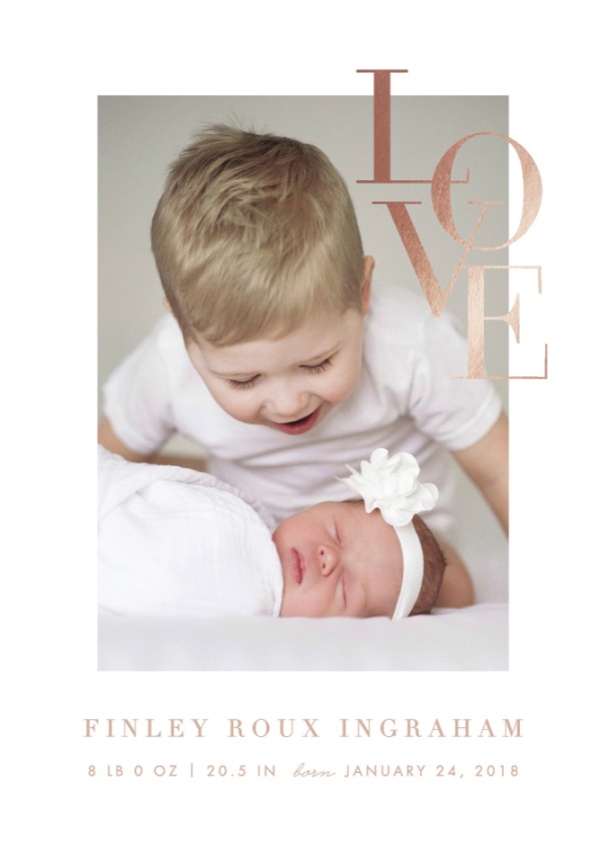 In late January 2018, we welcomed our beautiful daughter, Finley, into the world via C-section. As she turns ONE tomorrow, I can’t help but reflect on all of this past year’s challenges, its moments of pure love and its unexpected grace.

On day three of knowing little Finney, we found out that she failed her in-hospital hearing test in her left ear. We were told that it could just be liquid from the C-Section and that it would most likely go away. A couple weeks after we went home we had her hearing re-tested. The audiologist gave us the news that she indeed did have hearing loss, it was mild, but it was permanent. The proverbial bottom broke out of me. I just stood in the lobby hugging Scott, Caddie and Finney just crying. Crying because both of our kids now have “something” they have to medically deal with. Crying because I felt personally victimized by the universe. How was this even happening? Would she go deaf? They couldn’t tell us because they didn’t know what was causing the hearing loss. Over the course of 2018, we would continue our search for the cause of her hearing loss.

Caddie had his second open heart surgery when Finney was only 6 weeks old. It was a lot of stress and I think I detached emotionally to some extent from what was happening. Caddie got a new cadaver heart valve which we are forever grateful for. The surgery itself went much more uneventful than his first open heart. When I saw Caddie on the bed post-op, a flood of emotions overcame me. I just knew that first 24 hrs after surgery anything could happen. Let’s not kid ourselves, anything can happen anytime, but I just felt the fragility of life right then with all my being. A day or so later his first word after the breathing tube was removed was “truck”. Scott and I laughed because we knew our truck-loving boy was coming back to us. Through all of this, I think Finley kept me sane and helped me have a focus outside of my anxiety. In a lot of ways, she is my angel for this very reason. It was therapeutic to have a little baby who didn’t know what was going on and needed you both physically and emotionally.

Day two post-op, you wouldn’t even believe Caddie had just been through open heart surgery! He was healing so quickly and everything was right on track until…..he wouldn’t take his oral medicine. We had to stay three extra days in the hospital just because he refused to take any medicine. We tried everything. I mean it guys, we tried EVERYTHING. Even the doctors were scratching their heads. Whenever a new doctor came through, they would tell us to try to put the medicine in chocolate pudding. Guess who has the one kid who doesn’t want to eat pudding? I told Scott “if one more person tells me to give him chocolate pudding…” By the grace of God, we finally were able to get him to take it by hiding it in a banana.

Fast forward a couple of months, Caddie got Pneumonia. Again, he doesn’t take oral meds of any kind, so we had to take him each day to the dr. to get shots. The screaming, the temper tantrums, the refusal to take medicine- some days it’s all too much to bear.  Especially because for him, this medicine is so crucial. That makes it all the more stressful for me. We can’t wait for him to grow out of this phase. 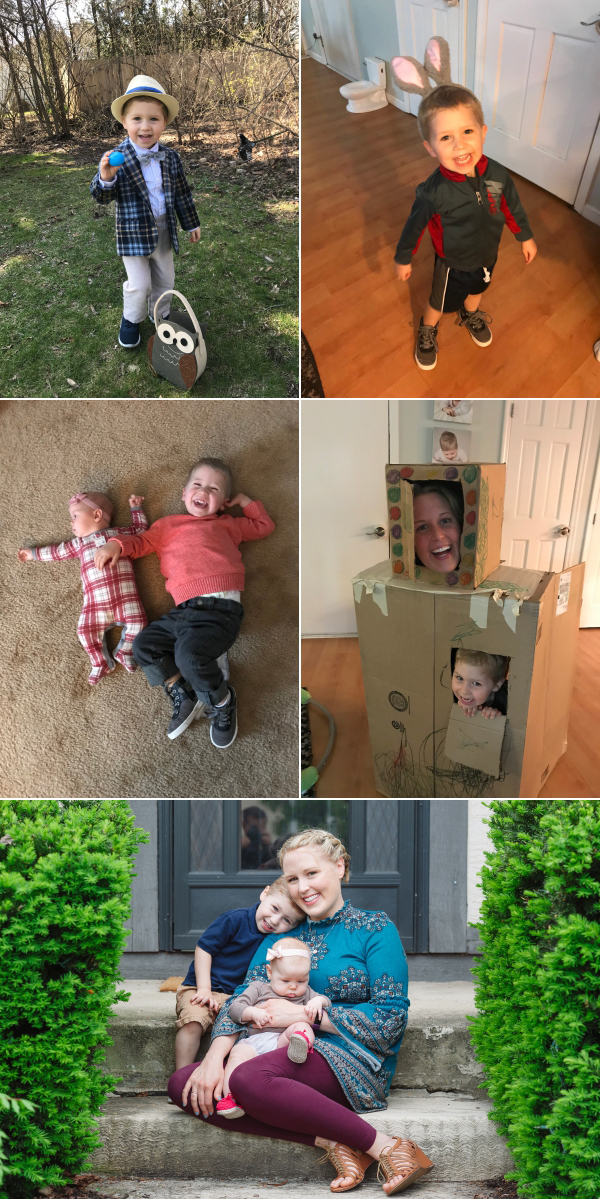 Outside of that, we had a few months of “life as normal” where we routinely savored the little moments together. This included visits from family and a small mini-vacation to Cleveland.

In early September, Caddie got the stomach flu for the first time. Then after the stomach flu, he got a cold where he ended up in the hospital on oxygen. Because this was his third time in the hospital with respiratory issues in his life, he was diagnosed with cold-induced asthma. When he gets sick, his airways constrict and bacteria or something festers. I don’t know, I’m not a dr. We were prescribed inhalers so now he takes a daily dose of Flovent and hopefully, that will keep him out of the hospital this winter. At the very least, I like the fact I can give him something. It makes me feel like I have a weapon in my back pocket that I never had before.

A week after he was released from the hospital with his cold, he had a heart echo. We found out that his brand new heart valve had moderate to severe leaking, rendering it basically ineffective. A lot of hopeless feelings came with this news. We put our little boy through open heart surgery for this valve and now it wasn’t working. It was time for a new cath procedure to help lower the pressure building in his heart again.

In November right before Thanksgiving, Caddie had this cath procedure. They put a stent over the new valve was which lowered the pressure in his heart to the lowest it’s been in his whole life which is a blessing. His pesky left lung artery branches were still so tiny. The stenosis reached up into places they can’t stent, but they did balloon it open and that allowed the blood to flow. My hope is that it will finally stay open, but it’s been three years of battling his left lung, and so far the lung has had the upper hand. While they were in there they said they found what looks like an aneurysm off of the right branch of his pulmonary artery. They thought it was created when the surgeon stitched him back up and they didn’t think it would affect him. I left the hospital that day feeling upbeat and optimistic, however, that feeling didn’t last long.

The very next day my beautiful Aunt went in for open heart surgery to treat an aneurysm and some blockages. Early the next morning she passed away. It was so heart-wrenching and sent me into a small panic over Caddie’s “aneurysm” even though they were two completely different situations. Caddie’s cardiologist was nice enough to listen to me cry over the phone just minutes after hearing about my aunt’s passing. He decided that a CT scan to look at it closer was the next step. A few days later, we did the CT scan and the doctors still believed it wouldn’t hurt him. They will do a follow-up CT scan later in 2019.

Since CT scans were trending, we had Finney undergo one in December to try and diagnose what was causing her hearing loss. “Everybody Gets a CT Scan!!” *in Oprah’s voice* As luck would have it, they were able to find out the source of her hearing loss. She has what’s called Enlarged Vestibular Aqueducts in both of her ears. This can be a progressive hearing loss that has a “wait-and-see” reactive treatment. She could potentially go deaf in both ears. We also found out this malformation in her ears could be caused by Pendred’s Syndrome so they took blood to run some genetic testing for us. We had to wait four weeks and two days before they gave us the results, not that I was keeping track. I am happy to report that she doesn’t have this syndrome which is great! If her hearing loss progresses to deafness, then she will be a candidate for cochlear implants. She will always have the ability to hear one way or another which is a blessing for multiple reasons. She already LOVES music and bops up and down every time a song comes on.

We are really excited to see what 2019 offers. We hope it will be medically uneventful as we had a lot of hurdles in 2018. We also had so many amazing memories that we thank God for every day. Thank you to everyone in our lives who made those hard days so much easier. From breaking into our house and doing all of our laundry, to watching our kids so Scott and I could take a breather, to offering calming advice and a listening ear (and sometimes a shoulder to cry on), to caring for our babies like they are your own…we can’t thank our village of friends and family and doctors (and doctors who have become family) enough. We are forever indebted to you all.

Tomorrow Finney turns one and on Sunday we celebrate not only her, but our little family that could. Cheers to you and your village, may you all have a happy and HEALTHY 2019! 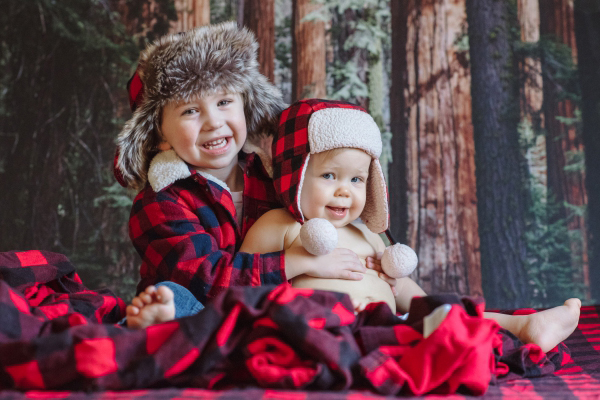 3 thoughts on “Tetralogy of Fallot: A Personal Journey PT. 6”