Caddie has thrived through another year with Tetralogy of Fallot thanks to his spirit, his team of amazing doctors, and his village of family and friends who have all wrapped him in a protective force field of love.

This year has proven to be notable for a few reasons as it refers to his condition.

Earlier this year, I woke up to a slew of text messages asking me if I had watched Jimmy Kimmel from the night before. I groggily found the video online and when he started his monologue it hit me like a ton of bricks.

His brand new son had the very same thing Caddie has, only they weren’t lucky enough to find out before birth like we were. Watching Jimmy Kimmel battle on-air to not cry was like a time warp back to the time when we went through the same thing. My heart dropped for the Kimmel family and I started to cry because for one of the first times in my life I could truly 100% empathize and fully understand what someone else was going through. I thought he was brave to use his platform to bring to life the struggles that ordinary families have when faced with their children’s pre-existing conditions. I was a little shocked at the fact he received so much backlash. It felt like those people were also lashing out at our family. I’m so thankful he was able to elevate his situation to a national spotlight and use it to advocate for the children.

And that brings me to the healthcare debate. Without getting into personal beliefs or opinions, I will say it’s been a scary year to have a child with a major pre-existing condition. Each of the bills presented in the Senate seemed to be drafted so quickly and lawmakers were being encouraged to approve them through before enough information on how these laws would affect people could be gathered. It was scary because we live with the reality that at any moment just based on new laws, our family and millions like us could go into debt for the rest of our lives just trying to keep our son healthy and thriving. Every three months or so this past year, there would be about two weeks of white knuckling through watching the news. We’re still paying exorbitant amounts of money to meet our out-of-pocket max each year, but we’re so thankful we are able to work extra hard to gather the funds to cover it on our own.

Caddie had his third heart cath procedure scheduled for November 13th of this year, which was a Monday. The week before on Tuesday, he started to get a cold which never cleared up completely before his operation date, so his cardiac team made the decision to postpone it until mid-December. I’m so glad they played it safe and rescheduled, but it was also heartbreaking to mentally prepare for it and then have to go back to waiting.

We were bound and determined to keep him well for his next scheduled cath date for multiple reasons, the biggest one being we’re expecting our second born, a little girl at the end of this month, exactly two weeks from today! If he wasn’t well enough to do the cath in December, we might have had to wait until after the birth of our daughter.

As December 18th approached, we kept Caddie home and out of daycare- completely quarantined- and wouldn’t you know it? He came down with not only one, but two colds- fever and all! Three days before his cath, he started feeling better. The day before, he was perfectly healthy. On the 18th, he woke up with a runny nose and a small cough but no fever. Gotta love cold and flu season. His cardiology team determined he was well enough to have the procedure which felt like a miracle!

The whole Nationwide Children’s Hospital team made the experience so great. They ask you to fill out a little information sheet on your child, about what soothes them, likes, dislikes, etc. Caddie has been obsessed with Mickey, and when we took him back to the doors of the Cath lab, they had Mickey’s Clubhouse playing loud on their widescreen operating television. Caddie pointed into the room and was even a little excited to see that Mickey was playing. Before you know it, he was off to dreamland. It’s the little things like that that make a difference, mostly for the parents, but I will never forget it.

About three hours into the cath, one of the nurses we’ve gotten to know came out and gave us some bad news. The stent to Caddies left pulmonary artery (left lung branch) had closed itself and so there was almost no blood flow going to his left lung. Because of this, the pressure on his heart was still high and it was determined he was going to need another open heart surgery for a new pulmonary valve in the spring of 2018, right smack dab when we have a newborn! This news hit us like a freight train, as we had fully expected his stents were working, his lung was growing and we might be able to delay this surgery until he was 4 or 5 years old. Tears came as we sat and processed his reality. Less than an hour later we found out the cath team was able to re-establish blood flow to the Left Pulmonary Artery again. The flow is now the same as it was at the end of his last cath in April. What a blessing! Surgery was still going to happen, however.

Over the next few days we processed so many emotions and now feel a sense of relief that a solid timeframe has been established for this major surgery and a new hope that having a new pulmonary valve will make him stronger and help relieve the pressure on his heart. I’m not going to lie, through those feelings its hard not to get angry at his situation. To have your beautiful child go through cath procedures and then have them not work (through no fault of anyone) is really difficult. You’re left with a hopeless feeling, but at the end of the day, all you really have is hope to cling on to.

The very next day we were able to come home and celebrate the Christmas season with a very happy and very healthy Caddie. He loved opening his gifts and playing with his new trucks and trains.

Saturday, December 30th he woke up from his afternoon nap with very rapid breathing and we had to take him to the ER. It turns out that he had two viruses, neither of which were cardiac related but did need supportive care as his body fought them off. That night I only got 3 hours of sleep and had to wake up and shoot a new years wedding 8.5 months pregnant while Caddie was still on breathing support in the hospital. Survival mode kicked in harder than ever and I swear to you, thanks to a raging surge of adrenaline and guidance from some close confidants, I felt better at this wedding than others I’ve shot last year! The next morning I was back with my little man in the hospital. He was doing much better and the very next day we were able to take him home! We decided no more daycare until after our little girl arrives. Apparently, the respitory viruses have been no joke this year.

So that’s where we are now. We don’t have a surgery date yet but I do have a lot of anxiety about the beginning of 2018. And so like always, I will cling to hope. I feel like after we get past this early spring hurdle hopefully ending with Caddie having a successful surgery, past cold and flu season, with a new member of our family, life just might just feel euphoric! 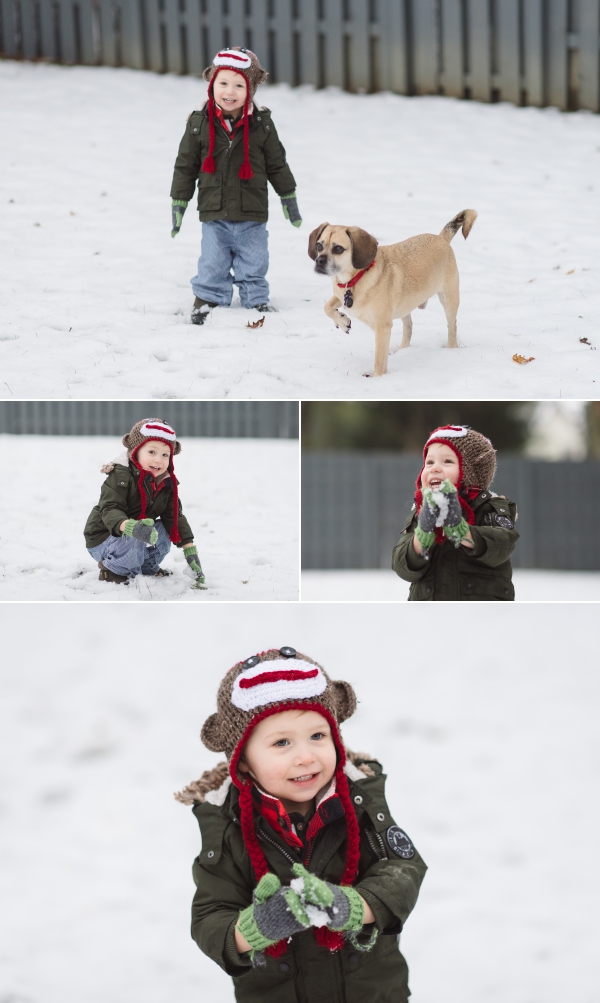 This week has been pretty blissful. Caddie was able to really play in some deep snow for the first time in his life and he loved it! He has been giving the deepest hugs, the sweetest kisses and smiles ear-to-ear. It’s such a blessing that you’d never know he had anything wrong with him just by looking. We are so thankful for his team of doctors, nurses and surgeons who create miracles on him and countless other kids like Caddie every single day. Thank you for keeping this little angel in your hearts and prayers for a successful and uneventful open heart surgery in a few short months. 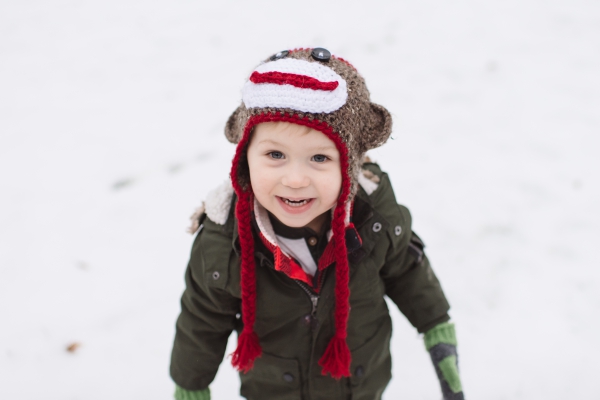 4 thoughts on “Tetralogy of Fallot: A Personal Journey Pt. 5”