So I was killing it with the blogging up until around January 20th. Why, you ask? Well, we had a few things going on. We welcomed our new beautiful daughter into the world. 1.5 months later, we moved into Children’s Hospital for a week while our son had open heart surgery for the second time in his little life. In between those two big life events, this session with Chelsea and Chris happened and I’ll tell you what- hanging out with these two was refreshing for the soul. This was a late February shoot, so the air was crisp, and let’s face it, the weather was exactly the same as it has been this week (groan).

We went to some of my old and new favorite spots (thanks to them!). We started the shoot at Schiller Park which is stunning any time of year. Then we just walked around some streets in German Village and enjoyed a few moments in the direct sun. You know that moment when the sun hits your face after a long winter? We had a couple of those moments- it was bliss. Most of my job is asking people to do things and watching how they interact. A lot of times it ends up with us all being completely goofy together and I can’t get enough of that. This whole session was like that. Dancing in the street? Check. Feeding each other pizza? Check. Kissing in front of a restaurant full of people watching? Check (Them, not me. lol). We ended the session at Mikey’s Late Night Slice off 4th street. Annnnnnd I totally over-ordered lunch (fresh off a pregnancy and still eatin’ for two). Do you see the way the pizza so perfectly accents that engagement ring? I think I need to make a habit of suggesting Mikey’s for more shoots.

Chelsea and Chirs- thank you for coming into my life (and thank you, Emmie and Rob, for facilitating that!). I can’t wait for your New Years Eve Eve wedding! XO Jess 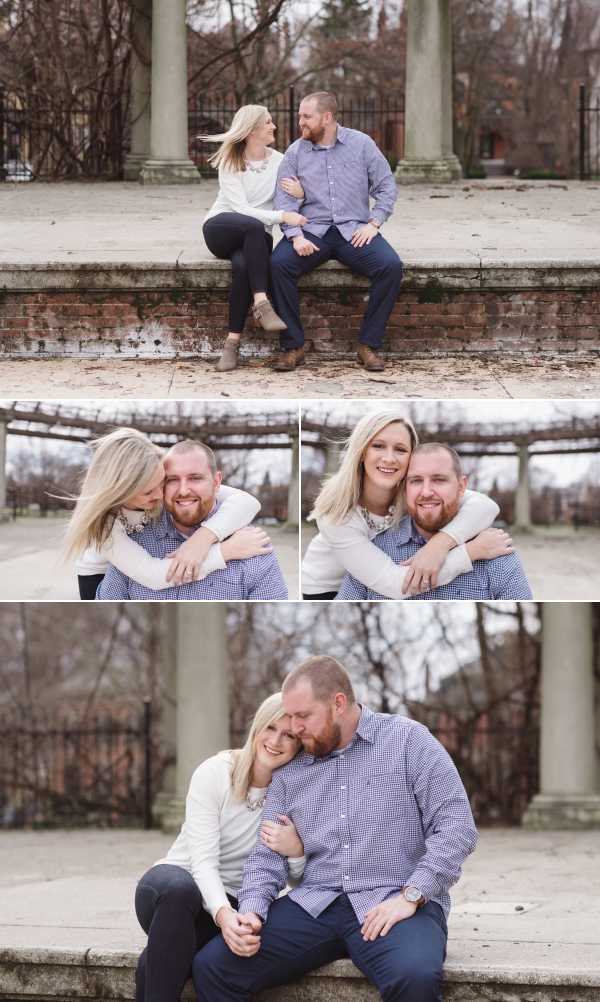 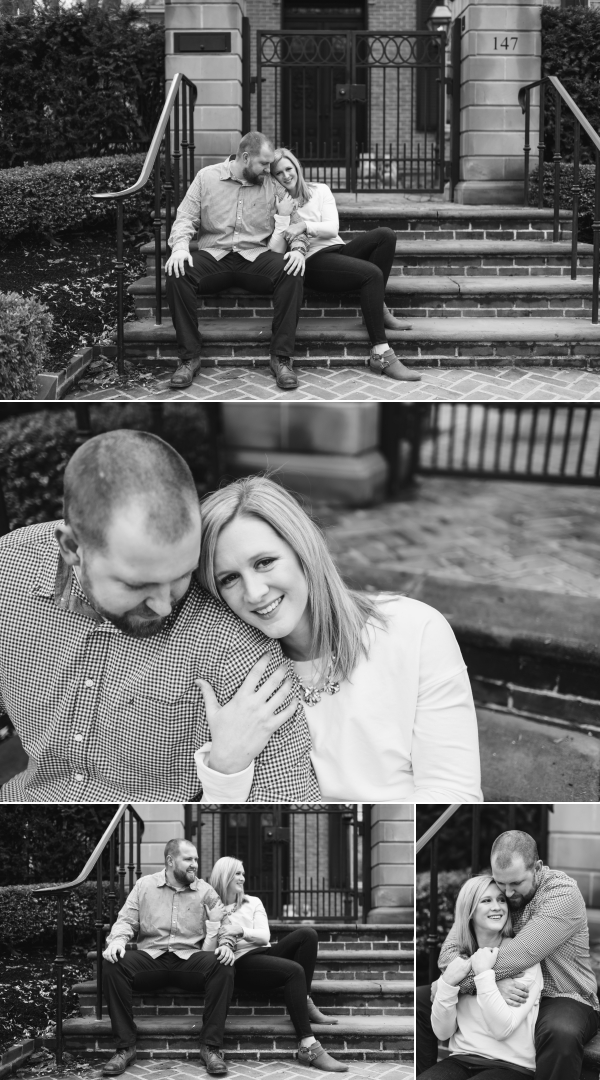 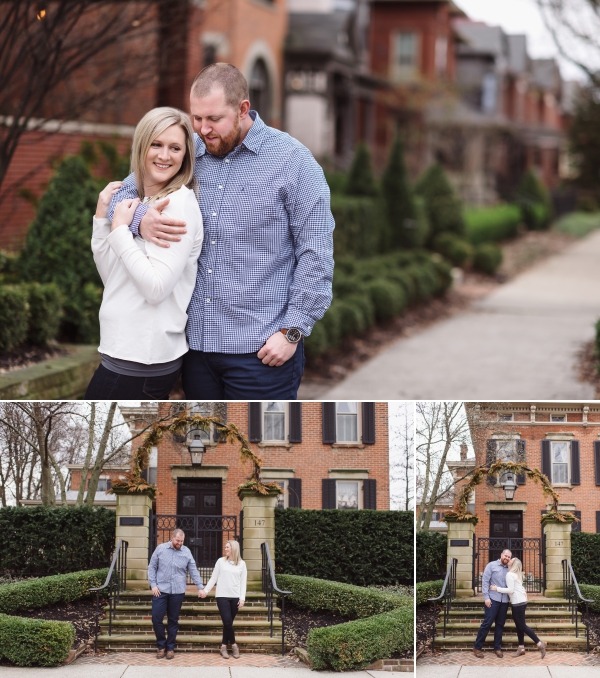 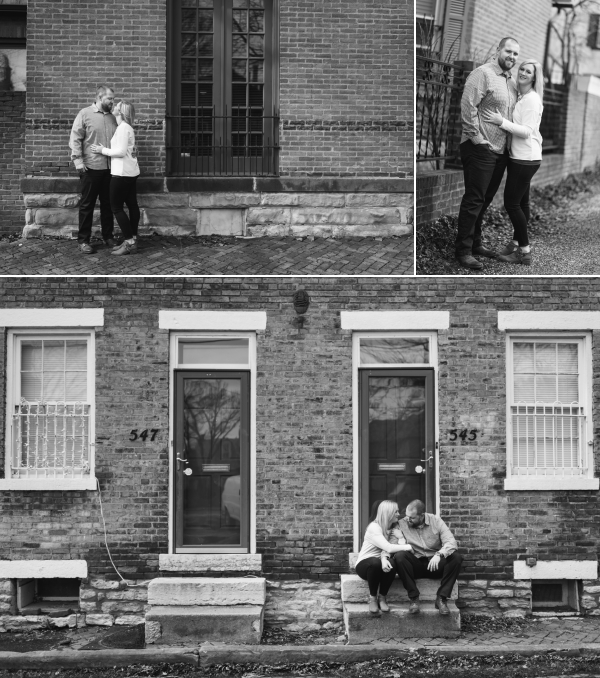 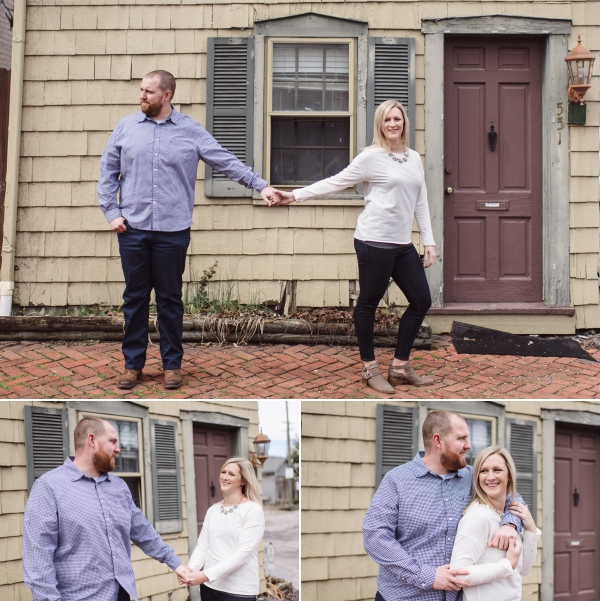 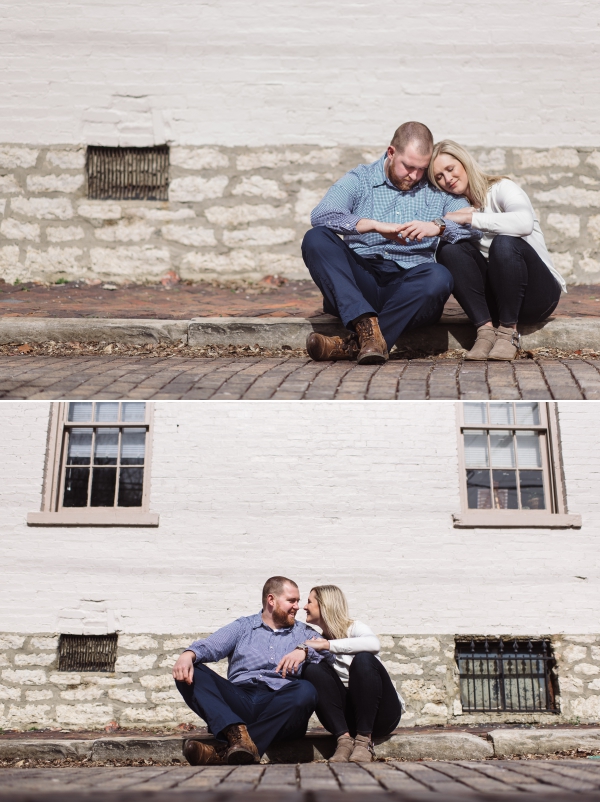 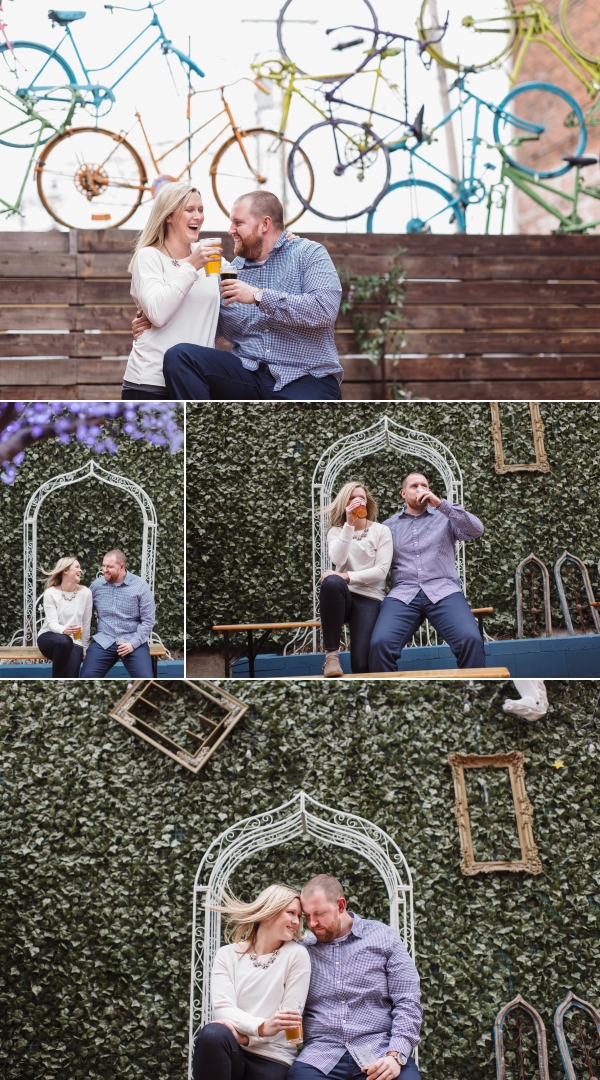