Let me just start this by saying if I were to re-do my wedding again, I would design it to be exactly like this. With an overarching astrological theme, this wedding was just so visually captivating. What a better place to get ready than the Downtown Columbus Lincoln LeVeque Tower hotel, which also has an astrological theme. LeeAnne’s dress was contemporary with smooth lines and a low-cut back. Her hair was styled to perfection by Jessica Broadwater and her makeup was flawlessly done by Kerry Smith from Full Face Artistry. LeeAnne chose chandelier earrings that resembled the north star. Andrew wore a blue tux with black tailored accents. Everything was perfectly styled. I felt like I was at a styled wedding.

Their ceremony was outdoors at COSI on the riverfront. Funny enough, there was a soul festival happening at the same time. LeeAnne got to walk down the aisle to both a string quartet and Al Greene. They had such an amazing sense of humor about it. As she walked, her long veil offered the perfect soft accent to the clean lines of her dress. As they said their vows to one another, tears welled up in their eyes. It was such a sincere moment that was so special to watch. After they were declared husband and wife, we went and took some wedding photos around downtown Columbus.

At their reception venue, Wolf’s Ridge Brewing, guests were being dropped off by trolly and enjoyed the most beautiful (and delicious) charcuterie boards. A white cake from Cakes Creatively by Crystal sat in the corner and was adorned with a vintage bride and groom statuette. LeeAnne and Andrew honeymooned in Italy, and before they did, they wanted to share an Italian “cheers” with everyone at their wedding. As a favor, they gave each guest a bottle of Limoncello. A neon sign that said “The Smiths” provided such a fun backdrop for the night. And what a party it was! Dancing was going strong when we left well into the night. I can’t say enough amazing things about how many details were poured into this day. And hands down, it’s probably the best food I’ve ever had a wedding (one of the perks at having a reception at Wolf’s Ridge!). A huge thank you to LeeAnne and Andrew who are two incredible people. I can’t wait to see what the future holds for you both! XO Jess 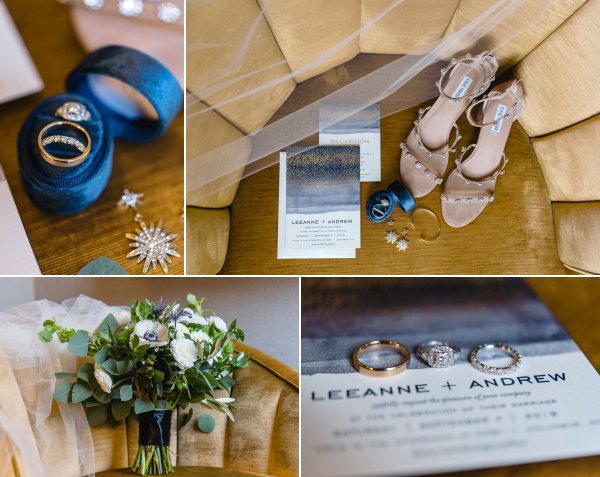 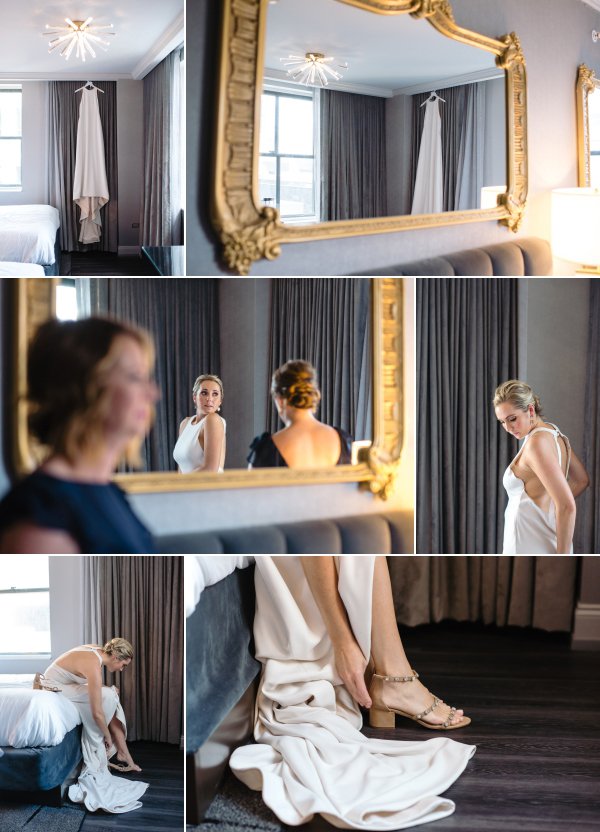 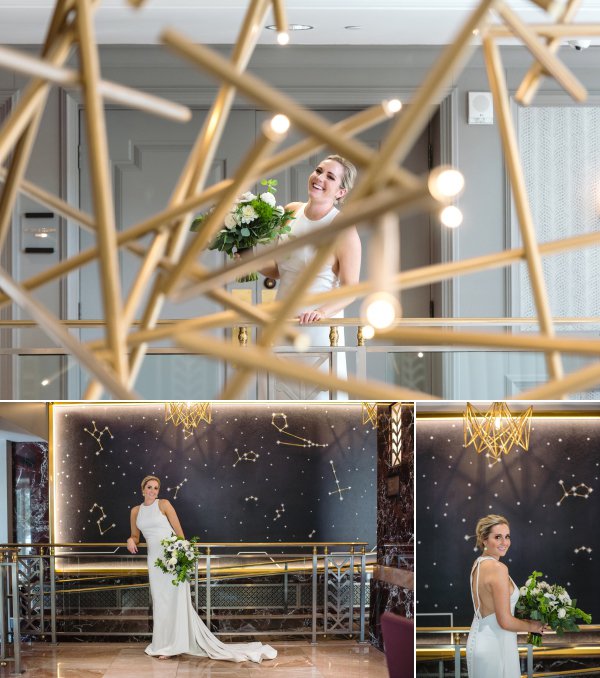 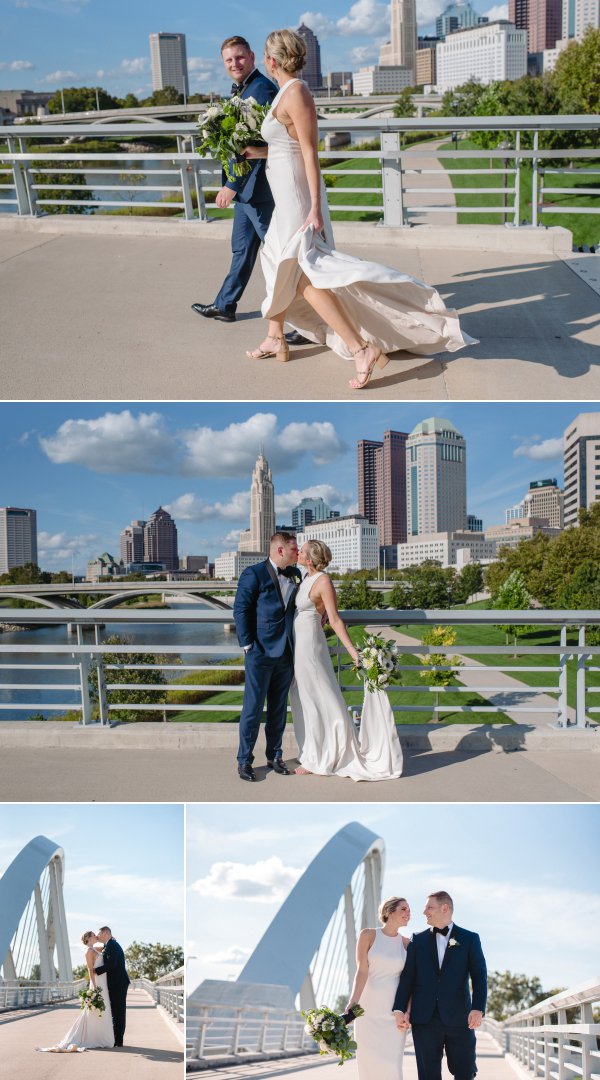 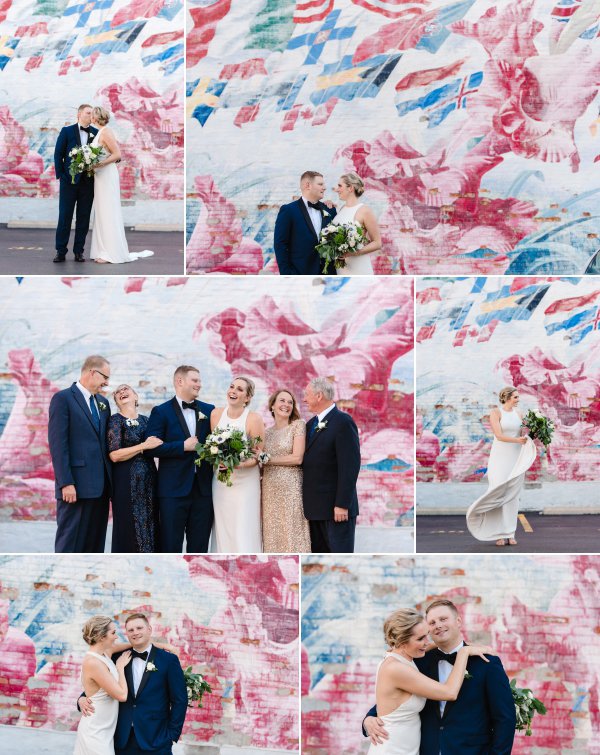 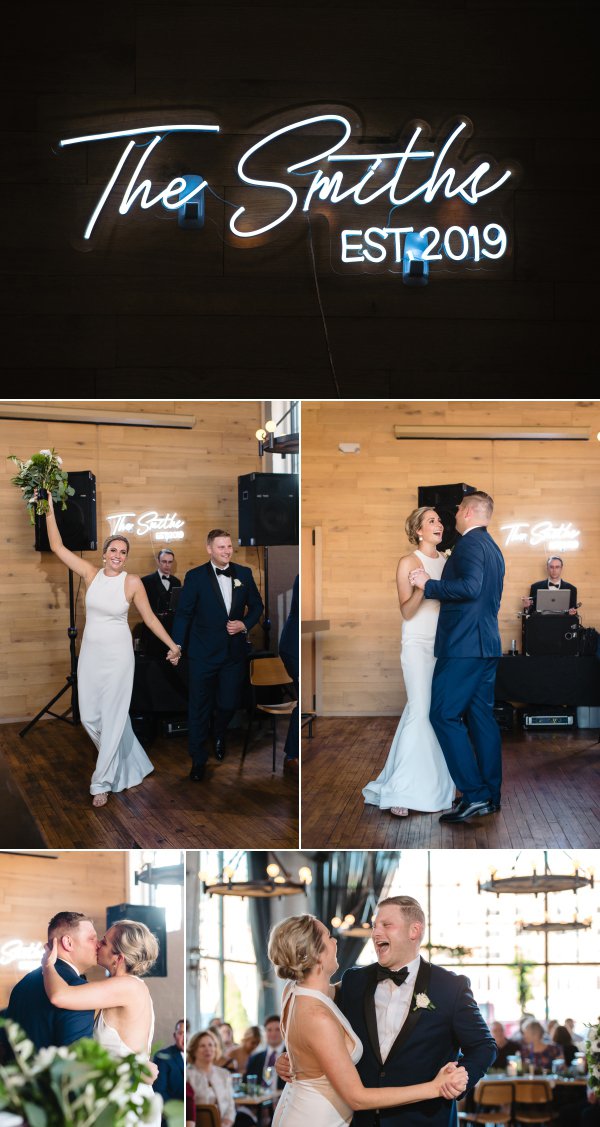 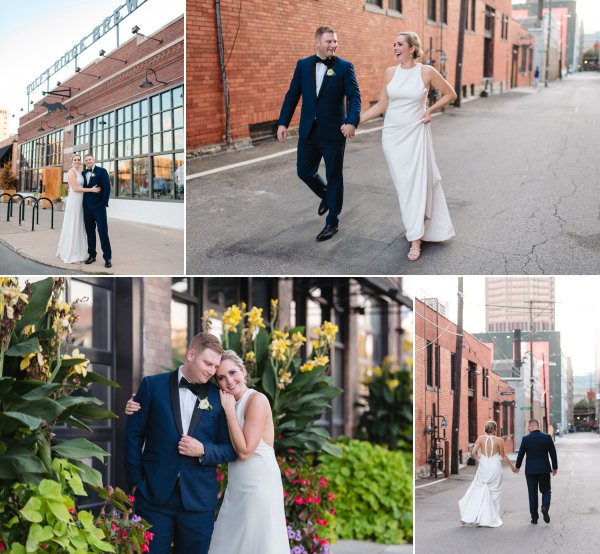