On the day of Griffin and Dan’s wedding, I met up with Griffin at her parent’s house. Griffin had told me that she wanted some of her portraits taken in her mother’s bathroom and of course, I said yes! But what I didn’t realize at the time, even though she explained it to me, was that her mother (being an artist) had transformed the entire bathroom space into the most stunning work of art. Everywhere the eye turned were the most beautiful mosaics made from broken tiles, beads and egg shells. I feel like you could spend hours in that room and only see a very small part of it. I loved the symbolism of taking Griffin’s portraits in this room. Her mother had started it as a tribute to her own mother, so in that bathroom was the warmth of multiple generations of women and an outpouring of creative love that only a mother can have, and only an artist can convey.

It was now time for the wedding so we headed a few streets over to Griffin and Dan’s place where they were to get married in their backyard. Everything was immaculate and perfectly groomed for the ceremony. Dan had tears of joy as he read a note from Griffin right before the ceremony. Griffin and her sister shared the sweetest moment in the garage right before the entrance music started. The flower girls had the best senses of humor. They walked down the aisle, stopped right in front of Dan and dumped out all of the petals in their baskets at his feet. The ceremony itself was probably no longer than 10 minutes, and before you knew it they were husband and wife and drove off in a white convertible!

I got to hitch a ride in their sweet ride and we rode around downtown Columbus for some portraits. When we made our way back to their backyard party, the food truck had arrived and was serving up hot bagel sandwiches. I always forget how ridiculously good a bagel sandwich is and the Short North Bagel Deli did NOT disappoint! My favorite part of their reception was Griffin’s dance with her Dad. In the middle, her Mom and sister joined them. A couple minutes later, all four of them turned to Dan, arms wide open, and welcomed him into their family hug-dance. His face as they did this was priceless. As the sun set, you could hear relaxed laughter, see amazing dance moves and feel the love in the air. I am beyond honored to have been with Griffin and Dan on this day. It was one of the highlights of my professional career! XO Jess 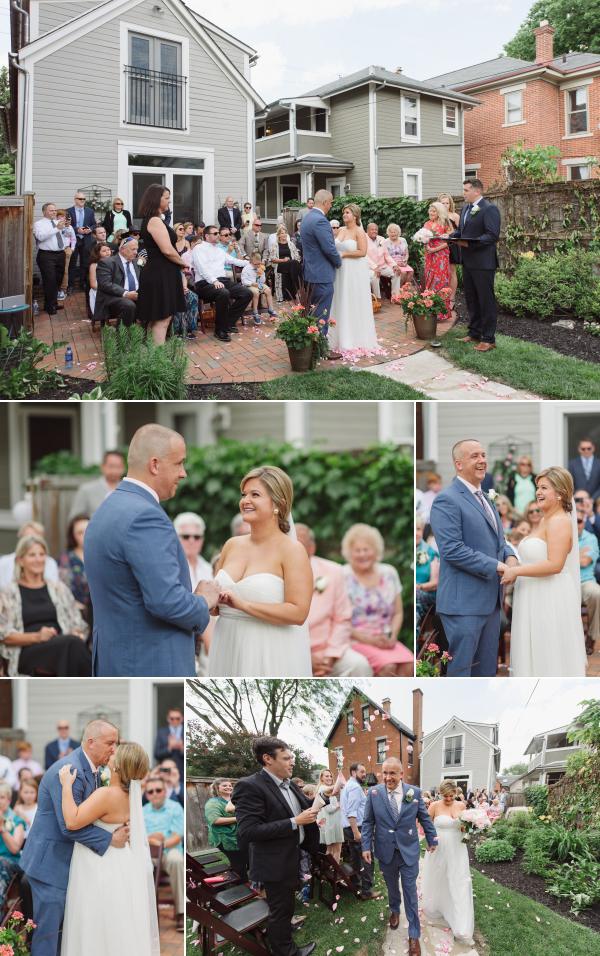 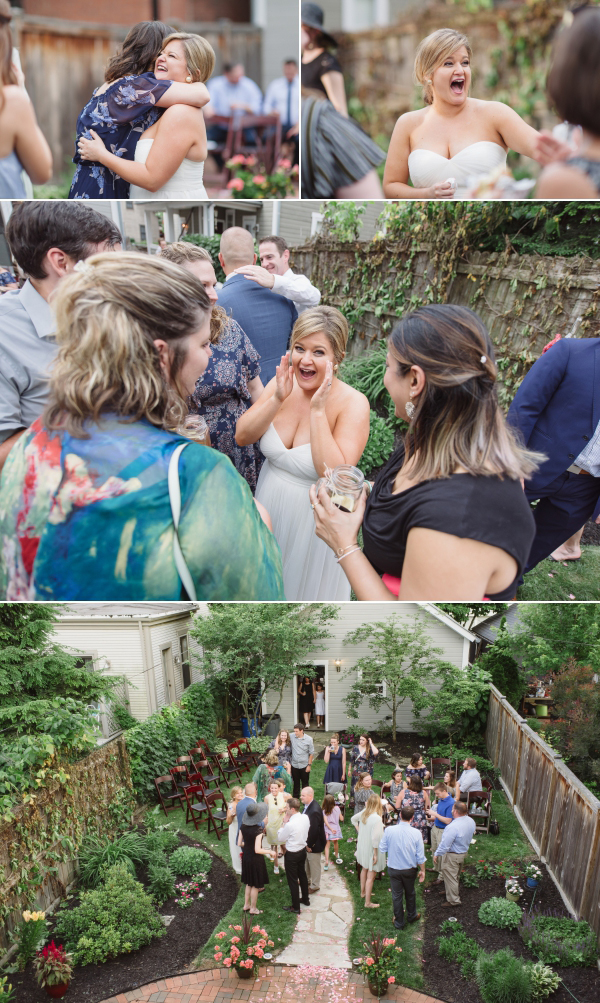