One of the things I love most about being around Terri and Liza is they act like a new couple even though they’ve been together for years. Both of their faces just light up when they see each other. To have such a palpable love I think is pretty rare. It also made photographing them extremely easy.
We shot their engagement session at the Community Garden at Franklin Park Conservatory on the most beautiful September evening when the golden sun was low in the sky. The warm glow of the universe only made Terri and Liza that much more beautiful together. A couple of weeks later, these two tied the knot in an intimate German Village ceremony which I will blog about in the weeks to come.  Until then, I hope you enjoy these as much as I did taking them! XO Jess 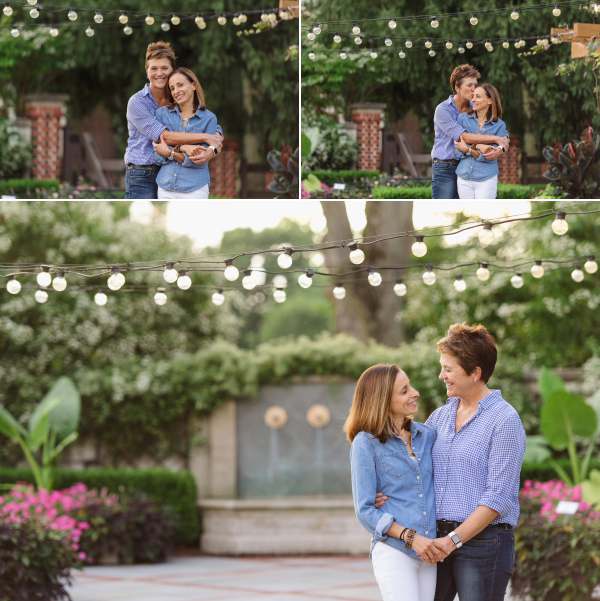