Chelsea and Chris had a visually romantic and warm winter wedding, only enhanced by the excitement of it being on the night before New Year’s Eve, or as I affectionately describe it, New Years Eve-Eve.

Their wedding took place on an unusually temperate late December day. The bridesmaids wore maroon full-length gowns and fur wraps. The women all carried bespoke wedding bouquets that were adorned with deep red and white roses. The men wore black suits with maroon accents. Chis and Chelsea did a “first look” where they saw each other before their wedding. They did this for logistical reasons because of the time of year the wedding took place. Sun-down was around 5:20 p.m. and they wanted some outdoor photographs, so we timed the photos to be from 2-4:00 p.m.

As a photographer, I often get asked what my favorite venues are in Columbus, OH. I always have the High Line Car House on my shortlist. The building was built in 1873 as the headquarters for the High Street railroad company. Inside, the building housed streetcars and 40 horses. Nearly 150 years later, it has been transformed into a newer Columbus event venue. The building has its original brick walls, soaring ceilings, and an industrial shell that is perfect just the way it is or as a starting point for romantic florals, decor and lighting.  Huge rustic chandeliers accent the space with an old-world charm.

Photographically speaking, the venue can be dark and as a result, the person shooting needs to have mastered off-camera lighting techniques to allow for a well-lit environment while minimizing shadows. My goal is to always have the subjects I artificially light look just as good as if they were lit with natural light.

The street outside the venue still features its original exposed bricks. Years of traffic from streetcars, horses, and travelers have made the street warn and settled with time. This side street makes a fantastic location to photograph the couple and wedding party.

As the sun had just tucked under the horizon, Chelsea walked down a candle-lit aisle toward Chris. The ceremony itself was short and filled with lots of genuine laughter. Afterward, I had the honor of going back out with Chelsea and Chris and do some captivating night photography around downtown. When we arrived back at the venue, the warmth inside felt like a welcoming hug after coming in from the cold winter night. The rest of the evening was spent showering these two in love and laughter.

Excitingly enough, earlier this year this wedding collection was awarded the NACE Wedding Photography of the Year Award at their annual national conference. My husband and I got all dressed up and were able to have an amazing kid-free night together to celebrate at the gala. I felt like Cinderella! 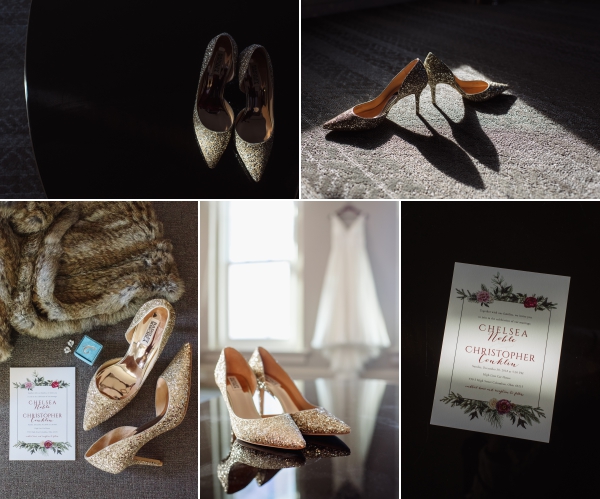 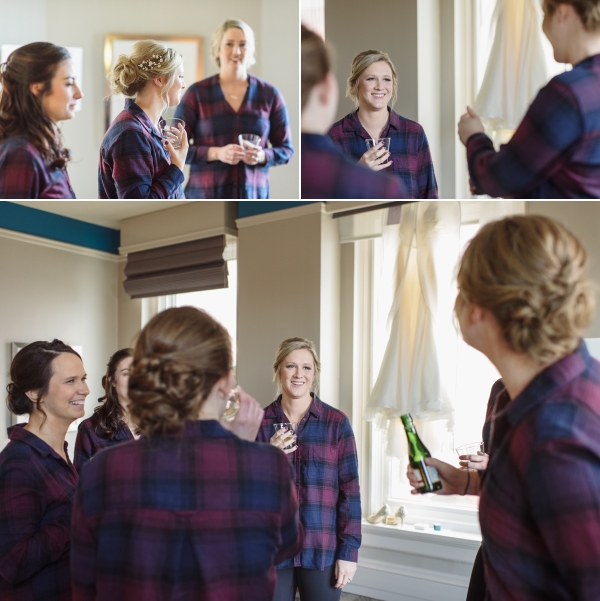 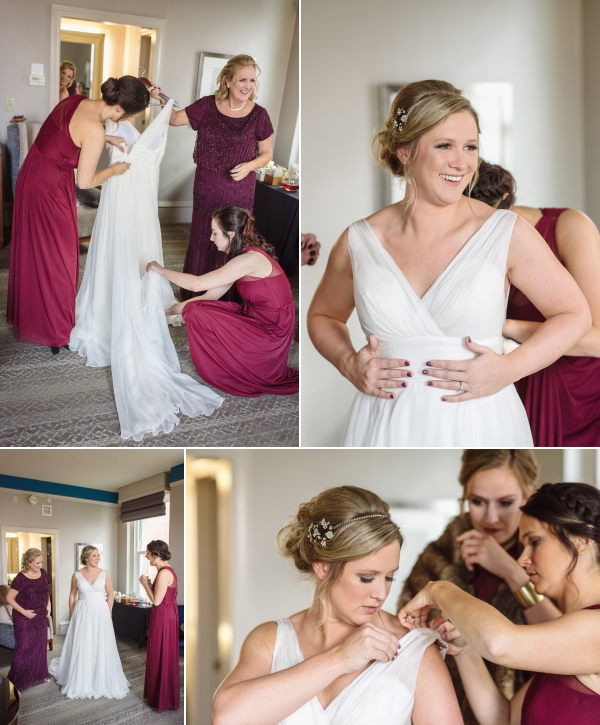 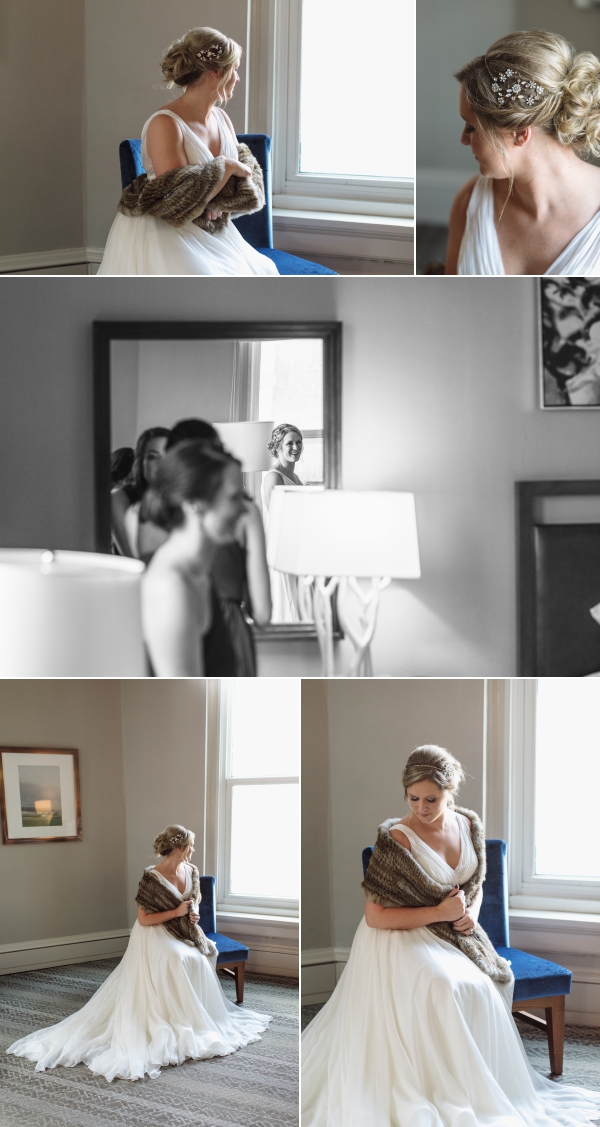 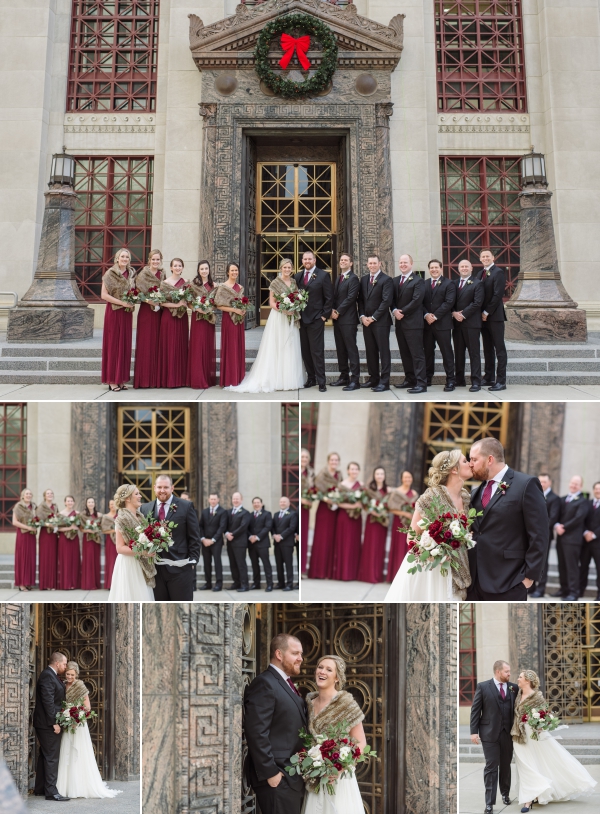 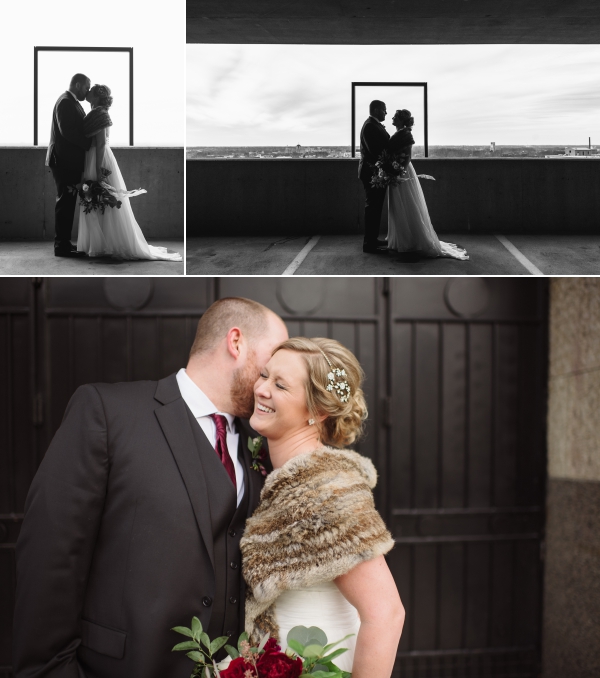